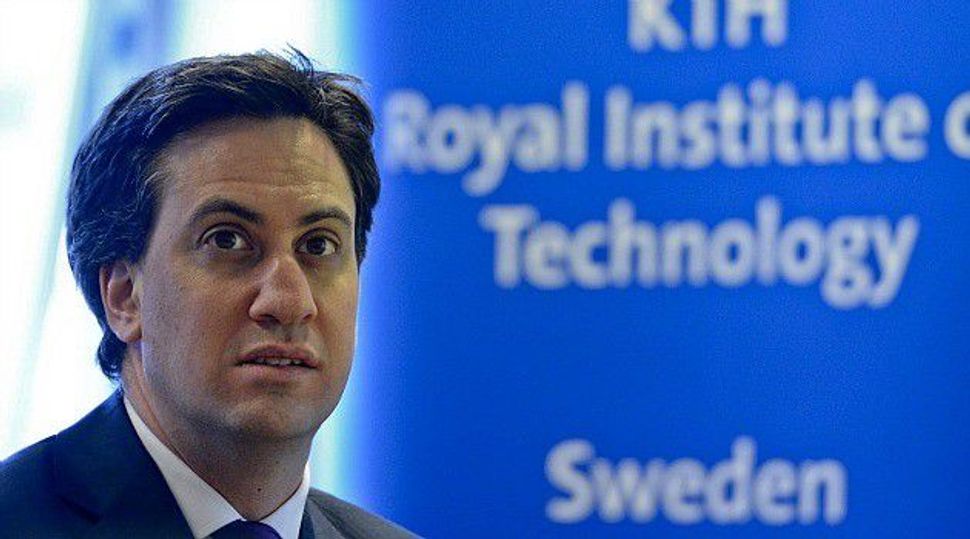 (Reuters) — Prime Minister David Cameron’s Conservatives accused opposition Labor Party leader Ed Miliband on Thursday of preparing to stab Britain in the back by scrapping its nuclear deterrent in a deal with Scottish nationalists to win power after a May 7 election.

Conservative Defense Secretary Michael Fallon made the allegation, forcefully rejected by Miliband, as he said his party would renew Britain’s fleet of aging nuclear submarines if it won the national vote.

With neither Labor nor the Conservatives forecast to win a majority at the ballot, Labor’s most likely route to power is a deal with the Scottish National Party (SNP) which opposes any renewal of the submarine program.

“For Ed Miliband, our security and our Union are just another bargaining chip,” Fallon wrote in the Times newspaper. He described the nuclear deterrent as the “ultimate guarantee” of Britain’s safety, citing nuclear weapons development in Russia and North Korea and conventional threats from Islamic State.

The Conservative election campaign has focused heavily on questioning Miliband’s suitability to govern, but Fallon went further than previous personal attacks, saying Miliband’s decision in 2010 to challenge his own brother for the Labor leadership showed he was power hungry and could not be trusted.

Miliband responded by saying: “Michael Fallon is a decent man but today I think he has demeaned himself and he’s demeaned his office.”

Labor said it had been clear in its support for a continuous sea-based nuclear deterrent.

Replacing the vessels carrying the Trident missiles – four Vanguard-class submarines – is expected to cost more than 20 billion pounds ($30 billion) with a final decision on the renewal due in 2016.

The Conservatives have long supported renewing Trident, and since the 2010 election have resisted pressure from their junior coalition partners, the Liberal Democrats, to reduce the number of nuclear submarines.

Opponents argue replacing Trident could cost up to 100 billion pounds and Britain should consider cheaper alternatives.

Under the current system, Britain always has one nuclear submarine on patrol, making the country one of only two nuclear powers within the European Union, with the fleet based at the Faslane naval base near Glasgow, Scotland’s biggest city.

SNP leader Nicola Sturgeon said on Wednesday her party would “never ever, ever” vote for a renewal of the Trident program.

Labor, which has previously mooted the idea that three submarines could fulfill the same role, denied they would be willing to cut a deal with the SNP over Trident. ]

“The Conservative Party are trying to create division with us where there isn’t division with us,” Miliband said at a Labor campaign event. “Making up differences when differences don’t exist on issues of national security is frankly a ridiculous and pathetic way to conduct a campaign.”