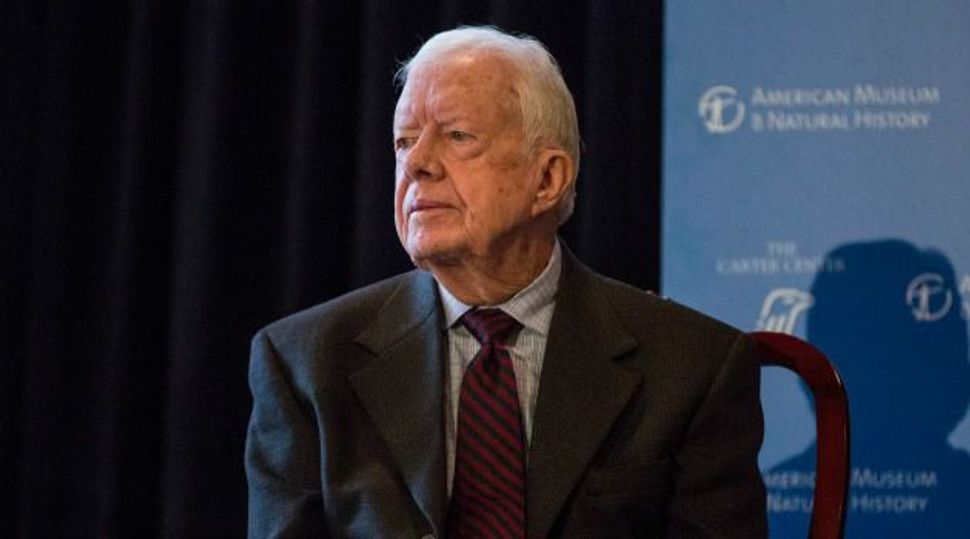 Carter and a delegation from the Elders, an international group of elder statesmen who advance peace and reconciliation, had been scheduled to arrive in Gaza on Thursday. No reason was given for the cancellation, which was announced on Wednesday, The Associated Press reported.

The former U.S. leader had been scheduled to meet with leaders of Hamas, which controls Gaza. Carter last visited Gaza in 2009, where he met with Hamas leaders.

Earlier this month, Israeli Prime Minister Benjamin Netanyahu and opposition leader Isaac Herzog both rejected invitations to meet with Carter. Israel did, however, approve Carter’s request to cross from Israel into Gaza.

It is not known if Carter will go ahead with a visit to the West Bank to visit with Palestinian officials there.

Carter, who wrote a book titled “Palestine: Peace not Apartheid,” has called for the labeling of goods that originate in the West Bank, and said that the Israeli-Palestinian conflict was among the factors that led to the deadly attacks in January in Paris.