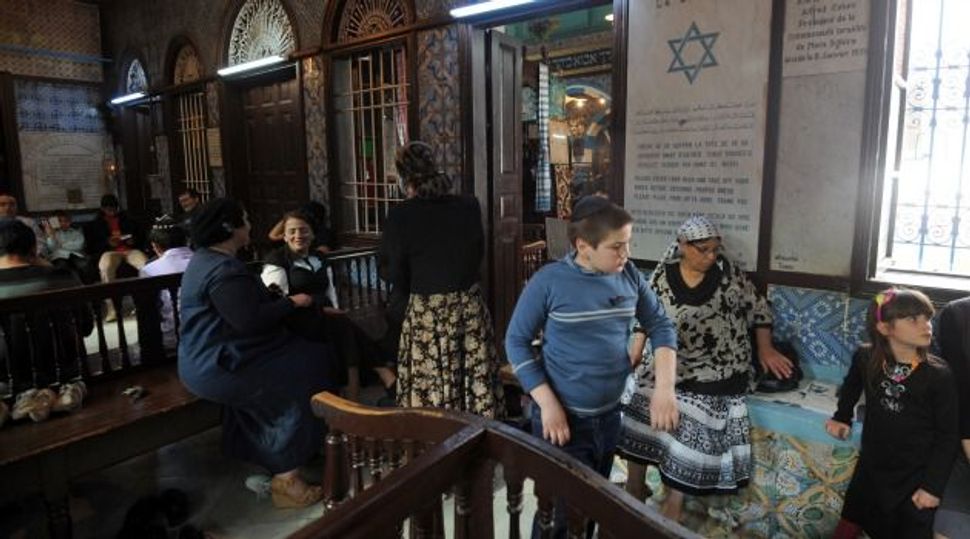 African Journey: Jews participate in the annual pilgrimage to a synagogue on the island of Djerba in Tunisia. Image by getty images

Tunisia has increased security for a traditional Lag b’Omer procession on the island of Djerba.

Additional police and military officers were assigned to the area and roadblocks were installed at entrances to the island and near hotels for the events on Wednesday and Thursday.

In March, an Islamic State attack on the Bardo Museum in Tunis killed 22 people, mostly tourists.

Over the weekend, Israel’s Counter-Terrorism Bureau issued a warning to Israelis not to travel to Tunisia or to leave at once, citing recent information that indicates the intention to carry out terror attacks against visiting Israelis or Tunisian Jewish communities.

The traditional festive procession near the El Ghriba synagogue on Djerba takes place on or around Lag b’Omer, a break during the 49 days of mourning between Passover and Shavuot, which this year begins on Wednesday night. It draws hundreds of Tunisian Jews and visitors from Israel.

The synagogue, in the village of Hara Seghira, or Er-Riadh, dates back to 586 B.C., although the current building was reconstructed in the 19th century. El Ghriba is sometimes cited as North Africa’s oldest synagogue. In 2002, terrorists blew up a vehicle near the synagogue, killing 21.