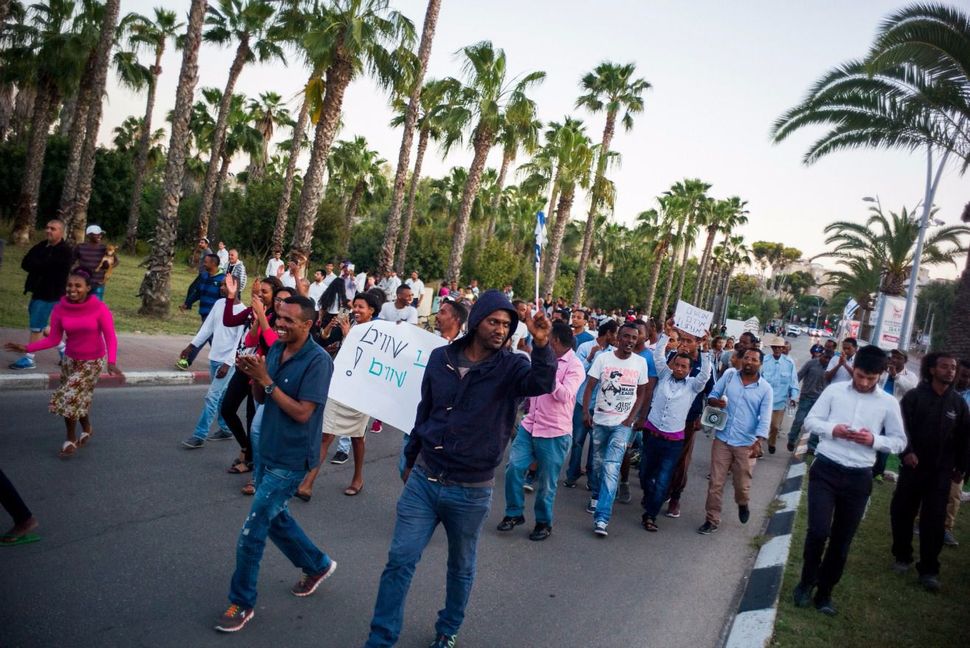 Ethiopian-Israelis have set new protests against police brutality with the theme “No to violence, yes to dialogue.”

One rally is scheduled for Thursday in the southern Israeli city of Ashkelon, Haaretz reported, and simultaneous demonstrations are planned for Saturday night throughout the country.

A demonstration by Ethiopian-Israelis and their supporters on Sunday in Tel Aviv turned violent, with dozens injured and four indicted for assaulting police officers. Rioting also broke out at a rally in Jerusalem several days earlier. The protests were spurred by the beating of an Ethiopian-Israeli soldier in uniform by Israeli police.

“We will demonstrate against police brutality and in solidarity with all the members of the community who are not treated fairly by the authorities,” Gavriel Tigabo, a protest organizer, told Haaretz. “We’ve been silent for 30 years and now we’re making our cry heard. I call on everyone to join and not to remain apathetic.”

A Facebook announcement of the Saturday protests said that “the entire Ethiopian community will demonstrate against its local authority to demand that the social injustices be remedied. You decide what the protest will look like, you lead it. No singers, no speeches.”