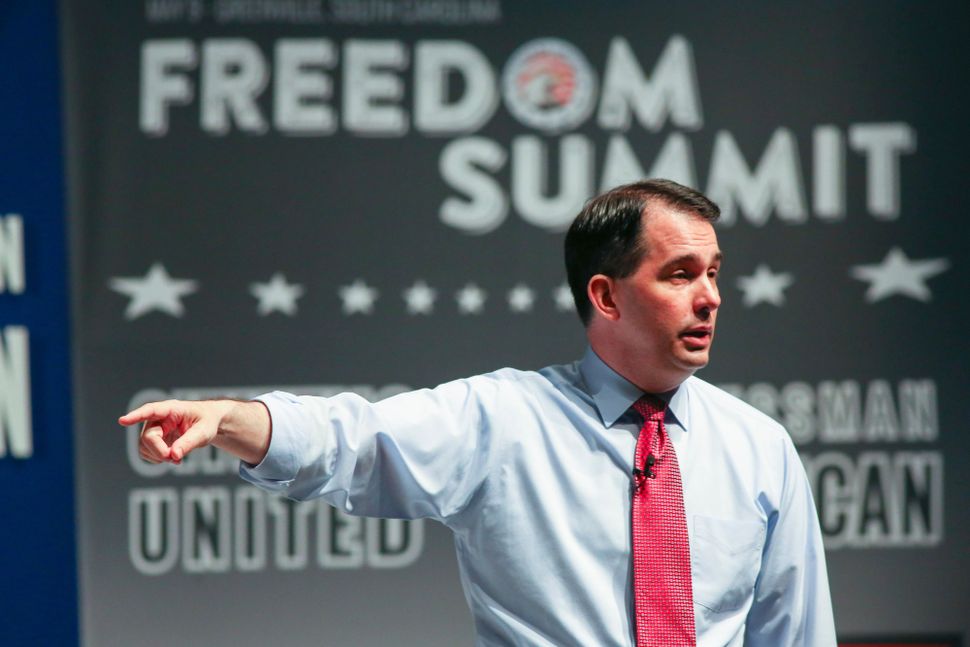 Wisconsin Gov. Scott Walker, a likely candidate for the GOP nomination for president, left for what he billed as an “educational trip” to Israel.

Walker reportedly left late Saturday from Greenville, South Carolina, where he had participated in the South Carolina Freedom Summit.

The trip is scheduled to last five days. It is reportedly being paid for by Our American Revival, Walkers political organization; and the Republican Jewish Coalition.

Walker said that he was planning on meeting with Israeli Prime Minister Benjamin Netanyahu.

He also is scheduled to meet with members of Israel’s Knesset and leaders in the Israel Defense Forces, as well as U.S. ambassador to Israel Daniel Shapiro, according to the New York Times.

Walker’s political organization said, according to the Milwaukee Journal Sentinel, that he would take a helicopter tour of “various historical and strategically significant sites,” visit religious sites, meet with a “wide range of leaders at the highest levels of government,” and discuss economic development with Israeli and Palestinian entrepreneurs.

The governor announced last month he would not take media on his trip to Israel and then called it a “listening tour.”

Walker is an evangelical Christian.