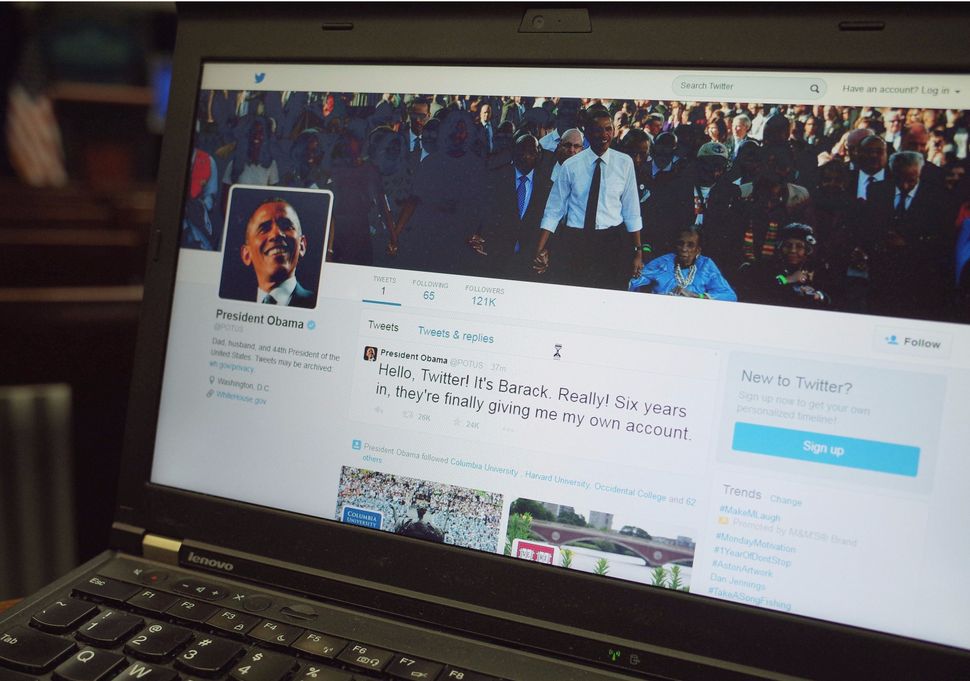 It’s only been a day since President Obama launched the @POTUS twitter handle, and already Israeli government officials are using it as just another platform to help worsen their already fraught relationship with the current US government.

Just look at the following tweet from a Netanyahu cabinet member: 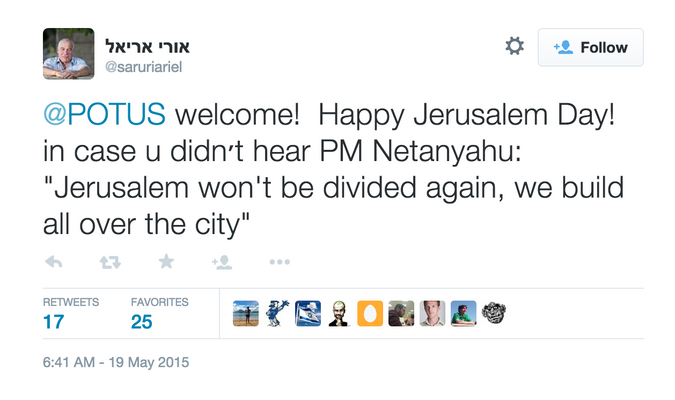 Ladies and gentlemen, meet Israel’s new minister of Agriculture and Rural Development, Uri Ariel. He is the number two of Israel’s Jewish Home party and the head of the party’s Tkuma faction. And his new hobby is apparently, trolling Barrack Obama on social media. #DiplomacyFail much?

On Jerusalem day, Netanyahu told the Knesset that he intends to keep Jerusalem “united under Israeli authority” and that he wants to continue building in Jerusalem, including in Arab neighborhoods.

Netanyahu also denied the construction was a snub at the international community. “We are building is Jerusalem like they build in Washington, London, Paris and Rome”. Maybe Ariel should’ve tweeted that at POTUS. Or maybe @Netanyahu himself can do the honors.

Just be careful, everything you tweet @POTUS lives in an official White House Archive for eternity.