Israel Strikes Back at Gaza After Rocket Hits 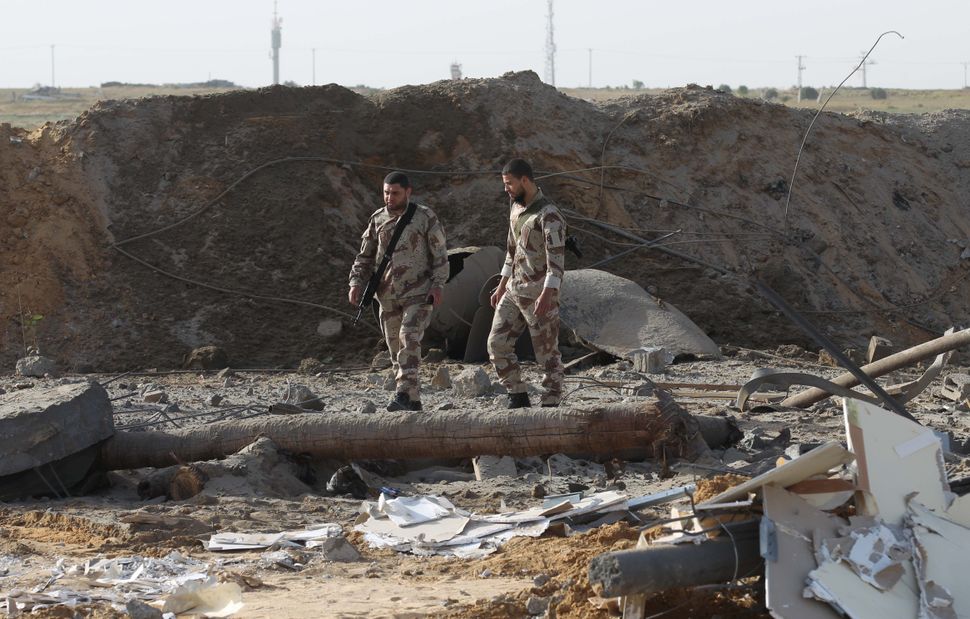 Israel and Palestinian militants appeared to be pulling back on Wednesday from further hostilities after Israel responded with air strikes to a rocket attack from the Gaza Strip.

No casualties were reported on either side of the border, and Israeli Defense Minister Moshe Yaalon blamed the rocket launching late on Tuesday on “elements in the Islamic Jihad” group in the Hamas Islamist-run enclave.

His comments followed Israeli media reports that infighting among Islamic Jihad militants may have precipitated the rocket firing without the permission of Hamas authorities.

The reports also said that Hamas, whose forces are dominant in the territory of 1.8 million Palestinians, had arrested Islamic Jihad members behind the missile strike, the deepest into Israel since the end of last year’s 50-day Gaza war.

An Islamic Jihad spokesman was not available to comment. Hamas officials had no comment on the reported arrests.

The projectile struck near the Israeli port city of Ashdod, some 20 kilometers (12 miles) from the Gaza frontier, Israeli security forces said, and hours after the attack there was still no claim of responsibility.

No further fighting was reported, and it appeared that Israel chose to attack evacuated or open areas in a signal to Hamas that it hoped to avoid escalation.

It also issued a warning that further rocket strikes would draw a more powerful response.

“If there is no quiet in Israel, the Gaza Strip will pay a very heavy price, which will cause anyone planning to challenge us to regret their actions,” Yaalon said in a statement.

In comments posted on a pro-Hamas website, Sami Abu Zuhri, a spokesman for the group, said Israel was responsible for “the escalation last night and it must stop these foolish acts.”

Last year, militants in Gaza launched thousands of rockets and mortar bombs into Israel during a July-August war in which Israeli shelling and air strikes battered the small, coastal Palestinian enclave.

The region has been largely quiet since an Egyptian-brokered ceasefire that halted seven weeks of fighting.—Reuters

Israel Strikes Back at Gaza After Rocket Hits