Bibi to David Blatt: ‘All of Israel is Behind Cavaliers’ 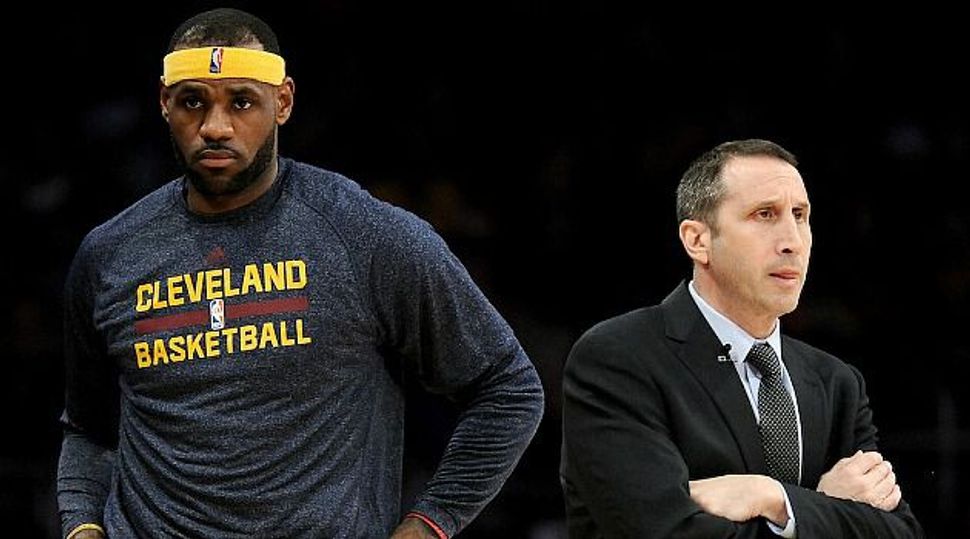 “He said all of Israel is behind the Cavaliers,” Blatt said Sunday, according to the Cleveland Plain Dealer. “That was great.

This is the first year that Blatt, who holds both American and Israeli citizenship, has coached the Cavaliers, which boasts an all-star line-up led by LeBron James.

Blatt said he last spoke to Netanyahu after he coached the Maccabi Tel Aviv basketball team to win the Euroleague championship last year.

He also spoke with then-Russian President Dmitry Medvedev after he served as coach for the Russian Olympic basketball team in 2012, which won a bronze medal.

“(T)here’s nothing I would like better than to hear from (President Barack) Obama,” Blatt said. “That sort of covers all the bases, wouldn’t it?”

Blatt grew up in Framingham, Mass., and immigrated to Israel in 1981 in order to play professional basketball, and later coach after a career-ending injury.

The Cleveland Cavaliers will face the Golden State Warriors in the NBA final series beginning on June 5.

Meanwhile, Israeli news website Ynet reported that the Cavaliers are expected to announce that they will play against Blatt’s former team, Maccabi Tel Aviv, in an exhibition game in October. The Cavs have said they will not make any plans for the future until the end of the final series.

Bibi to David Blatt: ‘All of Israel is Behind Cavaliers’