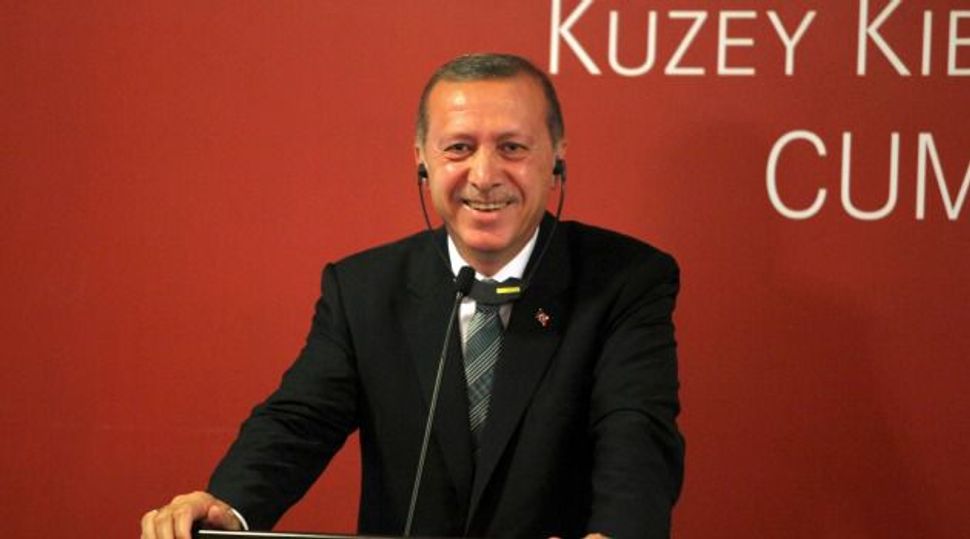 With most of the votes counted in Sunday’s election, the Justice and Development Party, or AKP, had about 41 percent of the vote with projections of about 256 seats, some 20 less than needed for single-party rule. AKP has been the sole party in power since its founding 12 years ago.

Erdogan, who for years has spewed anti-Israel rhetoric, reportedly wanted to change the country’s constitution to garner more power.

Turkey-Israel ties have taken a major hit since the 2010 Mavi Marmara incident, when nine Turkish pro-Palestinian activists were killed after Israeli naval commandos stormed the ship with which they were attempting to break Israel’s Gaza blockade.

The main secular opposition Republican Peoples Party, or CHP, was at about 25 percent of the vote, while the nationalist MHP was at about 16.5 percent. The pro-Kurdish left-wing Peoples’ Democracy Party, or HDP, won 12.8 percent, for the first time passing the 10 percent electoral threshold necessary to join the parliament. Its participation in the government is expected to affect the power of the ruling coalition.

A day before the vote, Erdogan told a rally in the eastern province of Ardahan that “Jewish capital” was behind The New York Times.

“It’s clear who their patrons are. There is Jewish capital behind it, unfortunately,” Erdogan said, the French news agency AFP reported.