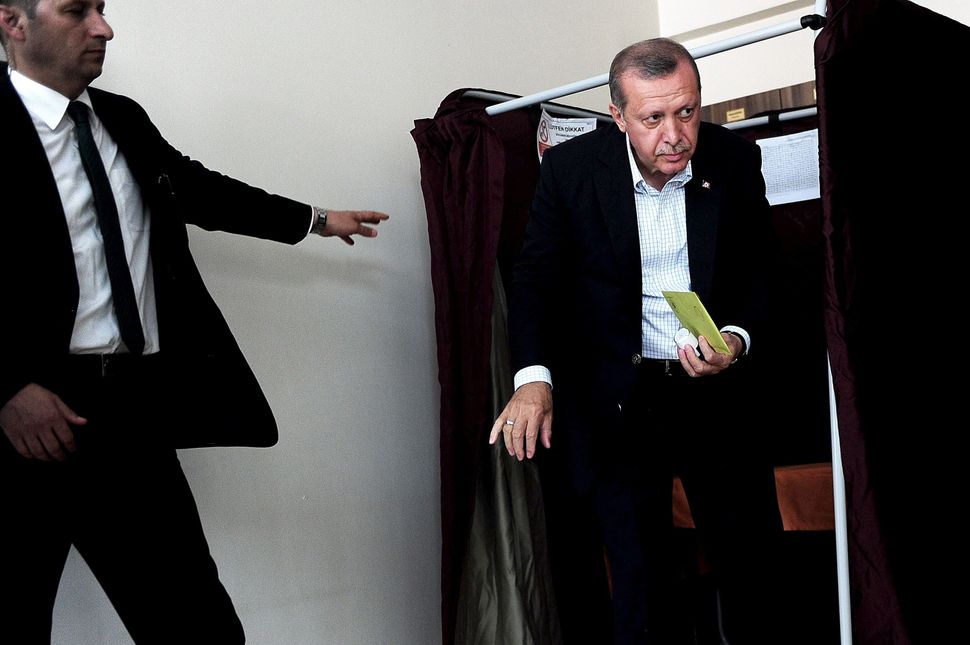 Spain’s embassy in Ankara disputed a New York Times article claiming that thousands of Turkish Jews have applied for Spanish citizenship amid growing concern about anti-Semitism.

The May 26 Times article speaks of “thousands of Sephardic Jews in Turkey who trace their ancestry to Spain and are now applying for Spanish citizenship in anticipation of a parliamentary bill expected to pass this month in Madrid.”

But in its June 5 statement, the Spanish Embassy in Ankara said that Jews in Turkey are not applying for citizenship in Spain, saying: “No applications have yet been processed,” Turkey’s Daily Sabah reported. Only after the bill’s approval by Spanish lawmakers will the government draft regulations that would allow for the implementation of the law, the embassy explained, but added that this law “is still in the process of being drafted.”

The bill in question is the result of a government decision which Spanish officials said was meant to atone in part for the expulsion of Jews from Spain and Portugal after 1492 – the beginning of the state-led religious persecution of Jews under the Inquisition.

Portugal already passed a law similar to the one being debated in Spain, and earlier this year published a procedure for acquiring nationality, which makes the Jewish Community of Lisbon and that of the city of Porto responsible for vetting applicants. Spokespeople from both communities told JTA that only a few dozen applicants from Turkey registered with them.

Still, many Turkish Jews speak of growing unease in their communities because of anti-Semitism that many Turkish Jews attribute to anti-Jewish and anti-Israel rhetoric used by Turkish officials under the country’s current president, Recep Tayyip Erdogan.

At an election rally on Saturday, Erdogan blamed the Times for pursuing a hostile attitude to his government. “It’s clear who their patrons are. There is Jewish capital behind it, unfortunately,” he added.