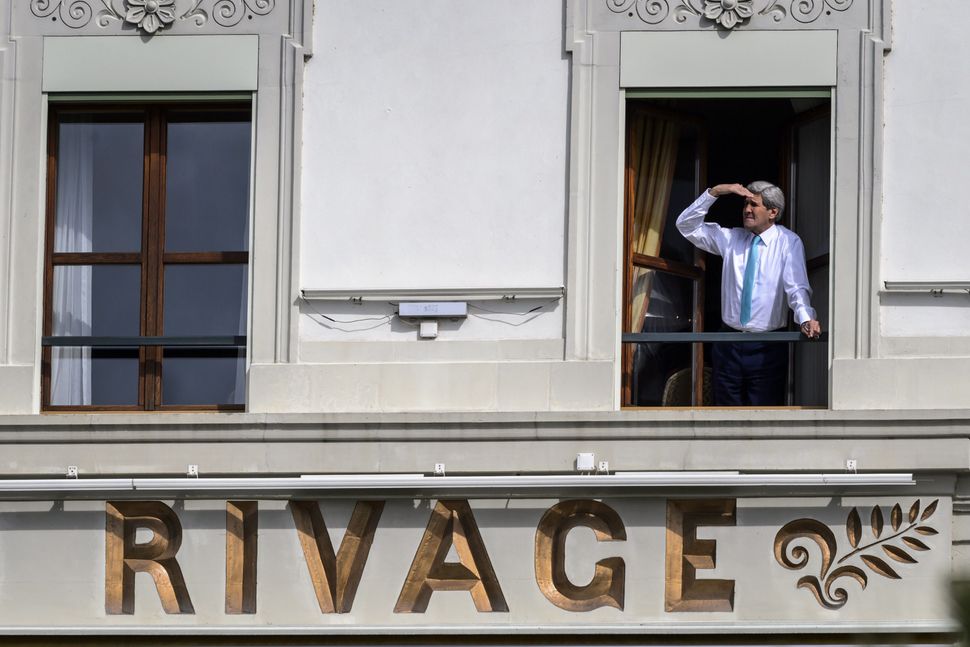 Three European hotels that hosted the Iran nuclear talks reportedly were targeted by a computer virus widely believed to be used as spyware by Israel.

Each of the unnamed hotels was targeted by a version of the Duqu virus about two weeks before hosting the negotiations between Iran and world powers, The Wall Street Journal reported Wednesday, citing researchers at a leading cybersecurity firm, Kaspersky Lab ZAO, based in Moscow.

A report by Kaspersky on the virus, which has been linked to Israel, was set to be released Wednesday.

The Wall Street Journal reported in March that Israel allegedly spied on the Iran nuclear talks in 2014.

Kaspersky does not identify Israel by name as being responsible for the virus, which allows the hacker to eavesdrop on conversations and steal electronic files, and could also enable the hacker to operate two-way microphones in hotel elevators, computers and alarm systems, according to The Wall Street Journal. The company’s report is called “The Duqu Bet.” Bet could be a reference to the second letter of the Hebrew alphabet.

Three hotels in Switzerland have served as venues for the talks, as well as a hotel in Vienna, Austria, and one in Munich, Germany. Israeli officials declined to comment on the report. Israel has denied spying on its allies.

The Duqu virus reportedly is related to Stuxnet, the computer worm that set back Iran’s nuclear program by several months or years by affecting some of its computer systems and centrifuges used to enrich uranium after it was released in 2010. The New York Times reported that it was a joint project of Israel and the United States.

In addition to the three hotels that were hacked, the virus was found in computers at a site used to commemorate the 70th anniversary of the liberation of the Nazi death camp at Auschwitz, which was attended by several world leaders. A former U.S. intelligence official told the Journal that it was common for Israel and other countries to target large international gatherings such as the one held in late January.