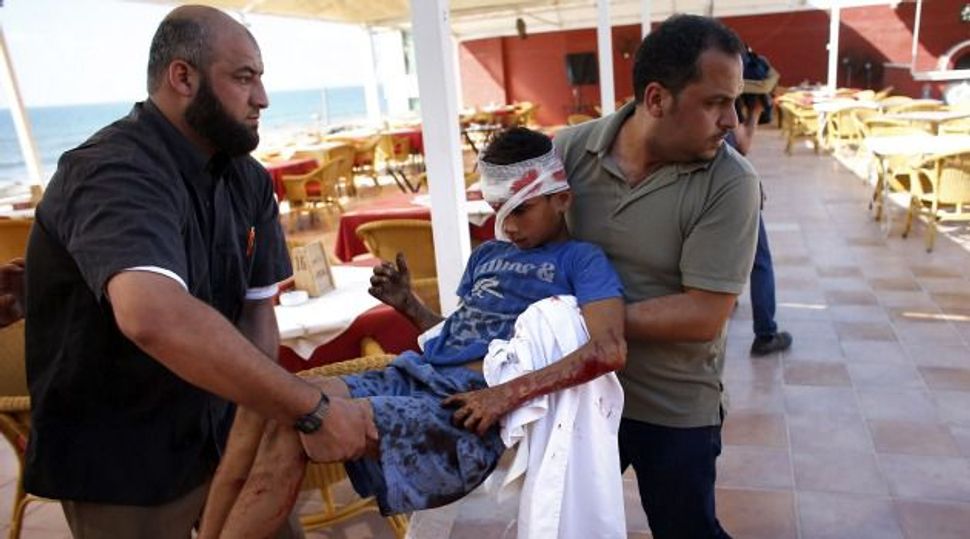 Israeli military prosecutors closed a probe into the death of four children in Gaza last year and opened three new ones — including an alleged revenge shelling.

The Israel Defense Forces’ announcement Thursday on the closure of the probe said the children’s deaths on a Gaza beach in July as a result of an airstrike were an accident and did not affect the legality of Israel’s military actions in Gaza. No action is being taken against those involved. The strike was on a compound known to be in use by Hamas’ naval commando unit, the statement said.

Also on Thursday, the Military Advocate General announced it would look into the death of nine people in July at a café in Khan Younis hit by IDF artillery

All incidents occurred during Israel’s war on Hamas in Gaza in July and August of 2014 following Hamas’ firing of rockets at Israel civilians. A United Nations committee of inquiry into Israel’s actions in Gaza — which the Palestinians and other countries said amounted to war crimes — is due to submit its report next week.

Additionally, the advocate general said it would indict three soldiers suspected of looting in Gaza on July 29.

The International Court of Justice is also looking into Palestinian complaints on Israel’s summer offensive in Gaza. Some legal analysts have said the ICC, a U.N. court, has no jurisdiction to investigate the matter or prosecute alleged offenders because Israel’s judiciary is investigating the conduct of its own troops in compliance with international judicial standards. However, Israel’s critics dispute this.

So far, the Military Advocate General has received 190 complaints about Israeli troops’ conduct during Israel summer offensive, the IDF Spokesperson’s Unit said in a statement. Of those, 105 have been processed. Of the processed complaints, seven have been deemed to merit criminal investigations.

Another 15 incidents were investigated by local units and not at the general staff level.