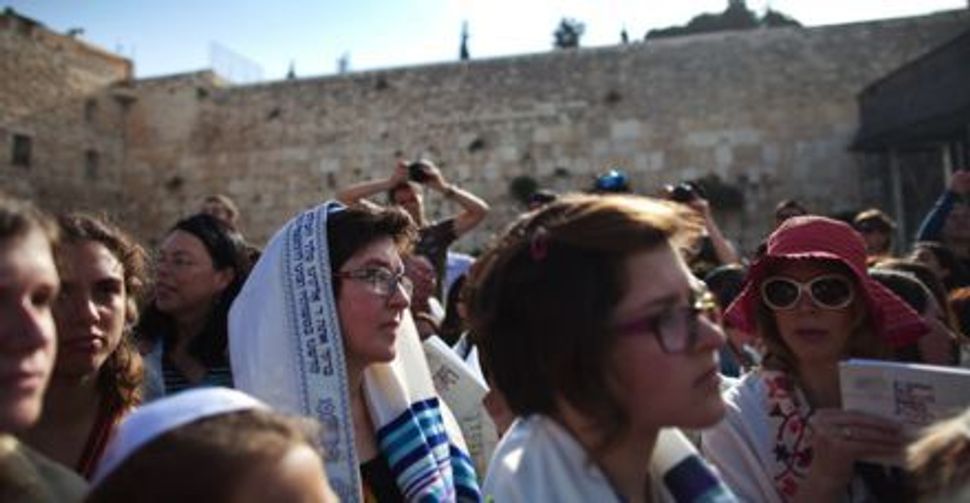 David Azoulay of the Sephardic Orthodox Shas party made the comments during a meeting to discuss the Women of the Wall group, Israel Hayom daily newspaper reported Wednesday. The meeting reportedly took place on Tuesday between Azoulay and Justice Minister Ayelet Shaked of the right-wing Jewish Home party.

Azoulay is trying to clamp down on non-Orthodox practices at the Western Wall. His predecessor, Naftali Bennett, the head of Jewish Home, had agreed to a plan to establish an egalitarian section in an area adjacent to the Western Wall plaza known as Robinson’s Arch. The plan was formulated by Cabinet secretary Avichai Mandelblit and Jewish Agency for Israel Chairman Natan Sharansky to resolve religious conflict at the wall.

But Azoulay appears to be walking back the compromise.

“The Western Wall belongs to everybody,” Azoulay said, according to Israel Hayom. “What these women do is provocation. To come with tallitot, tefillin and a Torah scroll is not praying but rather provocation.”

The haredi Orthodox parties were not part of the previous government.

Women of the Wall meets at the beginning of each Jewish month for a women’s service at the Western Wall. Many of the women wear tallitot and tefillin, and have been lobbying to be allowed to read from the Torah during the service. Twice in recent months the group has read from a Torah smuggled into the women’s section.

“The government is waging war against Women of the Wall,” the group said in a statement posted on Facebook.

“We expect Ayelet Shaked, like her predecessor, to announce unequivocally that as a woman and a Justice Minister, she will not sign discriminatory regulations, and will not be a part of exclusion of women from the Western Wall or from any other place. The court has already ruled that these regulations are discriminatory and illegal.”

The Israeli daily Haaretz reported that leaders of the Reform movement sent a letter to Prime Minister Benjamin Netanyahu on Wednesday calling on him to publicly distance himself from Azoulay’s remarks and questioning Azoulay’s ability to remain in the ministerial position.