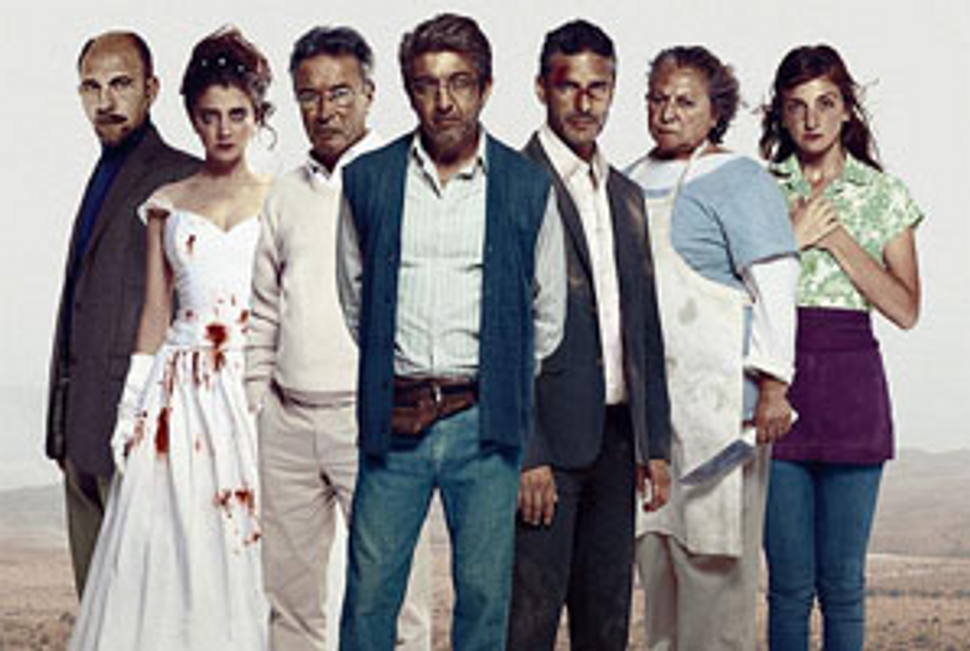 “Wild Tales” by Jewish Argentinian director Damian Szifron won Best Movie at the second annual “Premios Platino,” the equivalent of the Oscars for Iberoamerica, made up of Spain, Portugal and Latin America.

Szifron, 40, whose movie also was nominated for a foreign-language film Oscar in the 2014 Academy Awards, also won as Best Director, a profession that he began studying at the ORT High School in Buenos Aires, where he specialized in media studies.

“Wild Tales” includes Jewish characters and details taken from Szifron’s life. For example, the final segment of the film revolves around a Jewish wedding, complete with klezmer music. Szifron’s last movie also won best script, music, art direction and sound effects, the most nominated and most awarded film of the Iberoamerican “Premio Platino” 2015.

The second edition of the award was held in Marbella, Spain, and broadcast live Saturday on TNT Latin America. Some 13 countries in the region where represented with 30 movies which participated in the contest

Another candidate for best director and best movie was “Mr. Kaplan,” by Uruguayan director Alvaro Brechner. It tells the story of an old Jewish man who tries to kidnap a man that he believes is a Nazi fugitive, with the intention to ship him to Israel for trial.

The pre-show of “Premios Platino” from the red carpet was aired on both TNT and CNN en Espanol (CNN in Spanish) and was hosted by Argentine journalist Axel Kuschevatzky, who was also one of the producers of “Wild Tales.”