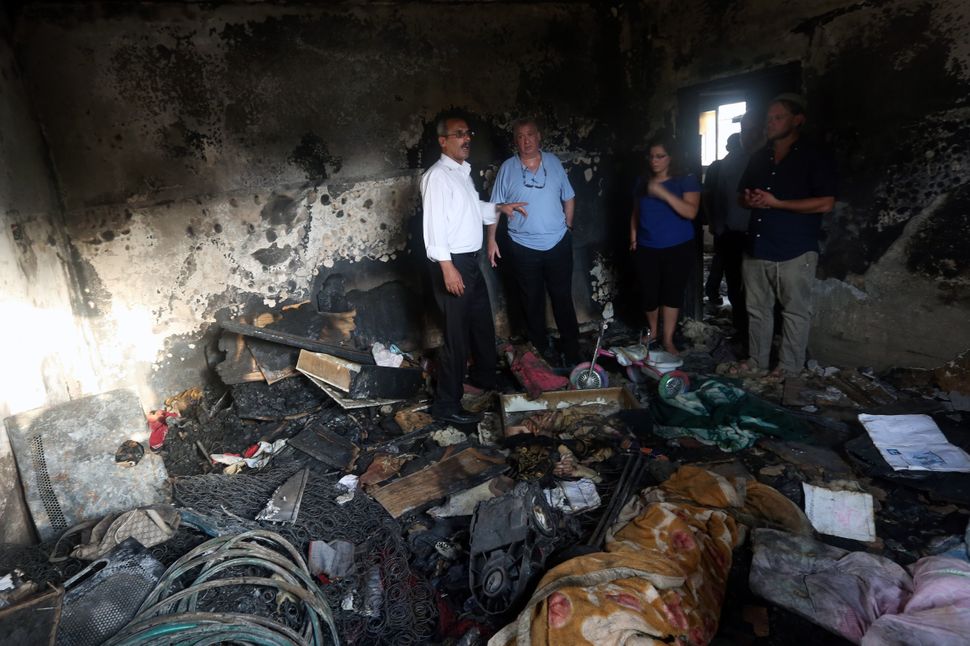 Israel’s Shin Bet said it believes the deadly firebombing of a Palestinian home in the West Bank is the work of a Jewish terrorist network that has been operating since 2013.

Officials with the security agency said Monday that the network seeks to eliminate the practice of all religions other than Judaism in Israel, spark conflict at the Temple Mount, drive non-Jews out of Israel and replace the secular Israeli system of government with a Jewish theocracy, according to media reports.

The Shin Bet believes the network was also behind the June arson attack on the historic Church of the Multiplication in northern Israel, near the Sea of Galilee.

The agency shared information about a Jewish terrorism how-to manual it discovered recently in the car of Moshe Orbach, 24, who was among those arrested in the Church of the Multiplication fire. Orbach is believed to be the author of the manual, titled “Kingdom of Evil,” which shares detailed instructions for attacking mosques, churches and Palestinian homes, along with tips on how to beat Palestinians to the point of unconsciousness.

Charged with incitement to violence and terrorism, Orbach was released on Sunday to house arrest.

According to Haaretz, at the network’s center are several dozen young people based in the West Bank who initially were focused on stopping the government from evacuating illegal settlement outposts.

Israel’s security Cabinet on Sunday authorized the Shin Bet to use “all means at their disposal” to find the perpetrators of the firebombing, which killed a Palestinian toddler and severely injured several family members, and to prevent similar attacks.

Next: Israel to allow tougher interrogation of Jewish terrorism suspects >