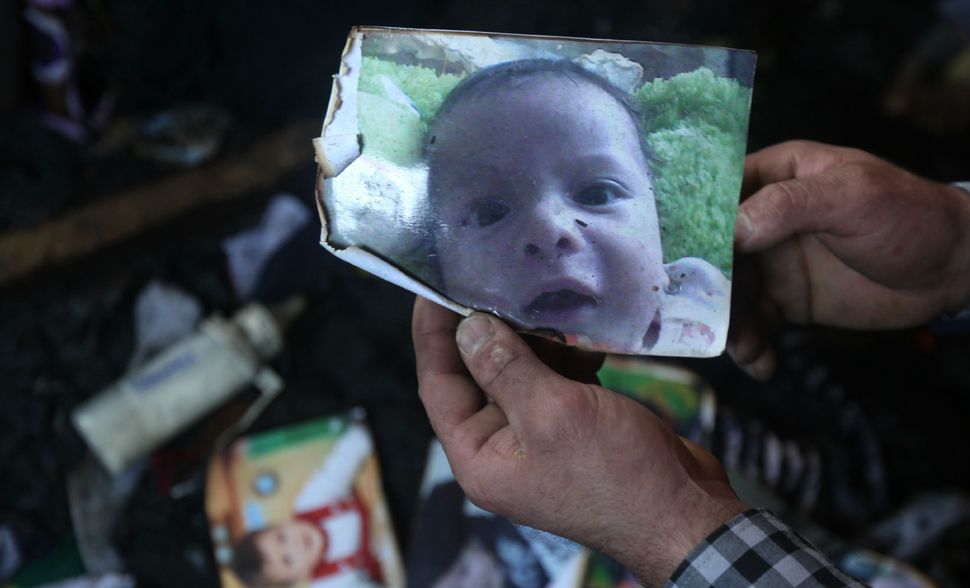 The father of a Palestinian toddler killed in an arson attack on his home a week ago died on Saturday of wounds sustained in the fire.

Suspected Jewish attackers torched the home of Saad Dawabsheh in the West Bank village of Duma on July 31, killing his 18-month-old child and seriously injuring his wife and a second son, an act that Israel’s prime minister described as terrorism.

A spokeswoman for Soroka hospital in Israel where Dawabsheh had been receiving treatment said he died early on Saturday.

The mayor of Duma told Reuters that preparations were being made for his funeral.

Israeli Prime Minister Benjamin Netanyahu’s security cabinet has come under growing pressure to crack down on violent far-right Jewish groups since the attack, and the government decided to allow harsher interrogations of suspected Jewish militants with methods once reserved for Palestinian detainees.

It also said it would start detaining citizens suspected of political violence against Palestinians without a trial, another practice previously used only on Palestinian suspects.