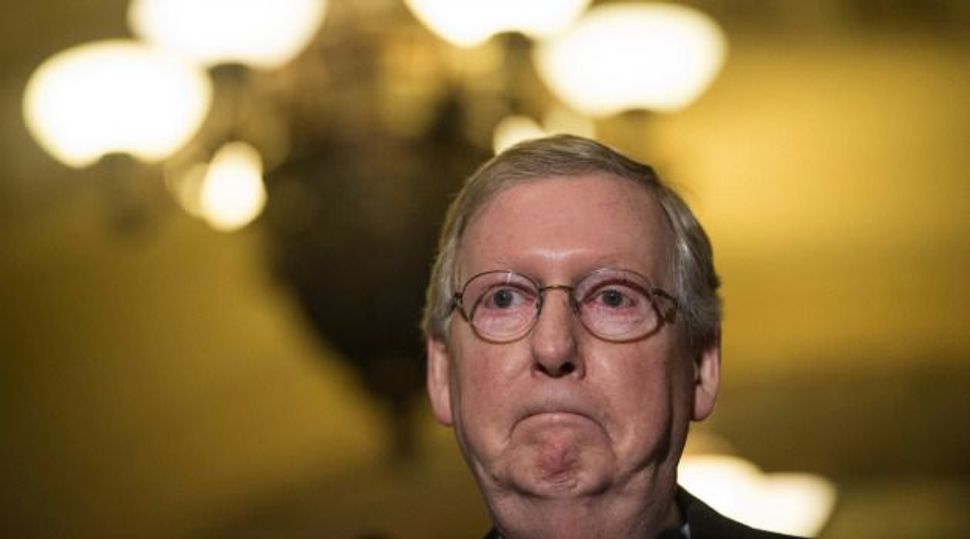 To reject the agreement, a majority of Congress would need to vote against it, which is likely, and then garner a two-thirds majority to overcome President Obama’s promised veto of the initial rejection. To reach two-thirds, Republican majorities in the House of Representatives and the Senate would need a handful of Democratic votes, something McConnell said is unlikely.

“He can win by getting one-third plus one of either house,” McConnell said to a group in his home state of Kentucky, referring to Obama, according to the Associated Press. “So he’s still got a great likelihood of success.”

McConnell expects every Republican senator to oppose the deal. So far, only one Democrat, New York Sen. Chuck Schumer, has committed to voting against it. Schumer is in line to lead Senate Democrats in 2017.

To sustain his veto, and the agreement, Obama would need 34 Senate Democrats to vote in favor of the deal. So far, 20 have said they will do so.