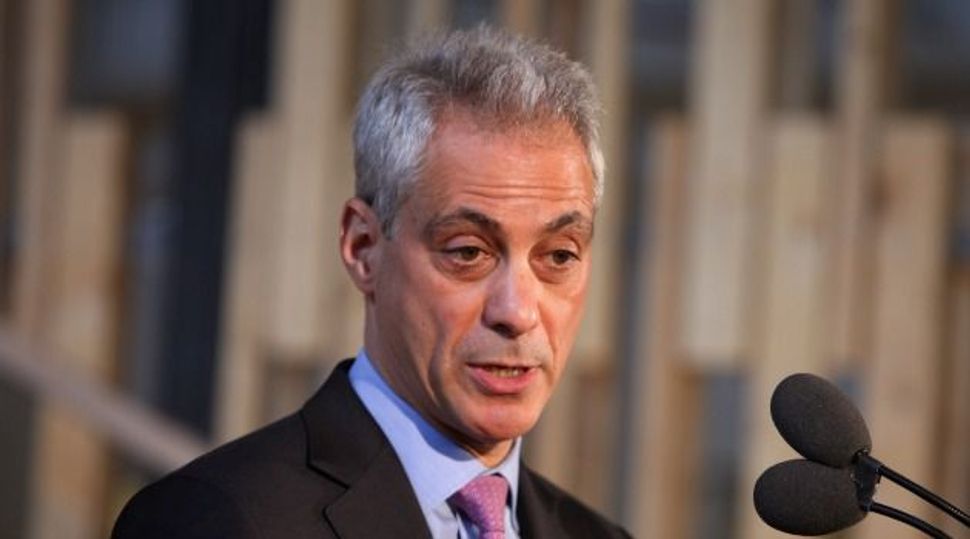 Asked about it at a press conference Tuesday, Emanuel, a Democrat who is President Obama’s former chief of staff, said, according to the Chicago Tribune: “The simplest way to say it is, if I was in Congress, I would support the president’s initiative. But I’m not in Congress, thank God.”

Emanuel served in the House of Representatives from 2002 through 2008.

In explaining his support for the Iran deal, which would lift sanctions in exchange for Iran curbing its nuclear program, Emanuel said it is “the best alternative, and not only that, it is exactly the end point that the original coalition and sanctions were intended to produce.”

Emanuel, who is Jewish, is the son of an Israeli.

Israeli Prime Minister Benjamin Netanyahu has been one of the deal’s most vocal opponents, and many centrist Jewish organizations, including the Anti-Defamation League and American Jewish Committee, have come out against the deal.

On Monday, 340 American rabbis signed a letter to Congress urging it to vote in favor of the deal.

Emanuel said he has not made any calls on behalf of the White House to Jewish members of Congress or anyone else, according to the Tribune.

Asked whether Israel’s fears are legitimate that the nuclear deal could threaten the security of the Jewish state, Emanuel said, “Let me tell you this. I’m not joking. I told you what I would do if I was there [in Congress]. I’m focused on my job, and that’s right here as mayor,” adding that the issue “is not my day-to-day focus at all.”

While most Republicans are against the deal, negotiated between Iran and six world powers, including the United States, Democrats have mostly supported it.

Congress has until late September to decide whether to reject the agreement. President Obama has pledged to veto a rejection.