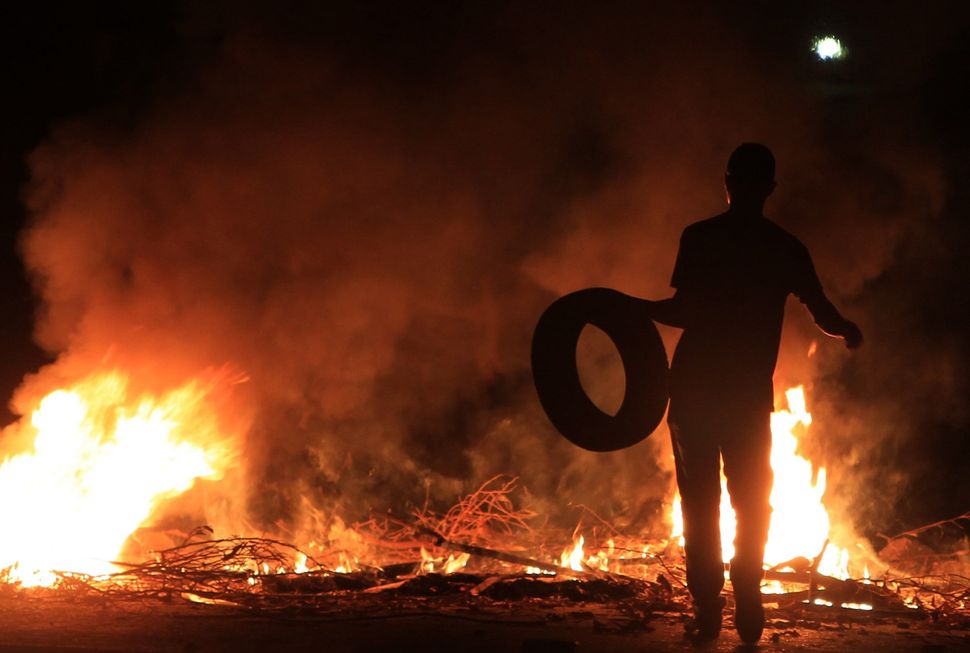 Five Palestinians and an Israeli border policeman were wounded in a raid in the occupied West Bank to arrest a Hamas militant, the Israeli army and local medical officials said on Tuesday.

The fate of the wanted man was not immediately clear. The army said soldiers demolished a house, in the city of Jenin, in which he was suspected of hiding, after they were shot at.

A Hamas source in Jenin said the suspect was Bassam al-Saadi, a member of the Islamic Jihad group. The source said two Hamas activists were detained by the Israeli forces.

In a statement, the army said hundreds of Palestinians had gathered at the scene during the operation late on Monday and that the crowd threw rocks and petrol bombs at the soldiers.

Palestinian officials condemn this practice as an encroachment on the limited self-rule they hold in parts of the West Bank. Palestinian militant groups have accused the Western-backed Palestinian Authority, which cooperates with Israel on security, of turning a blind eye to such operations.