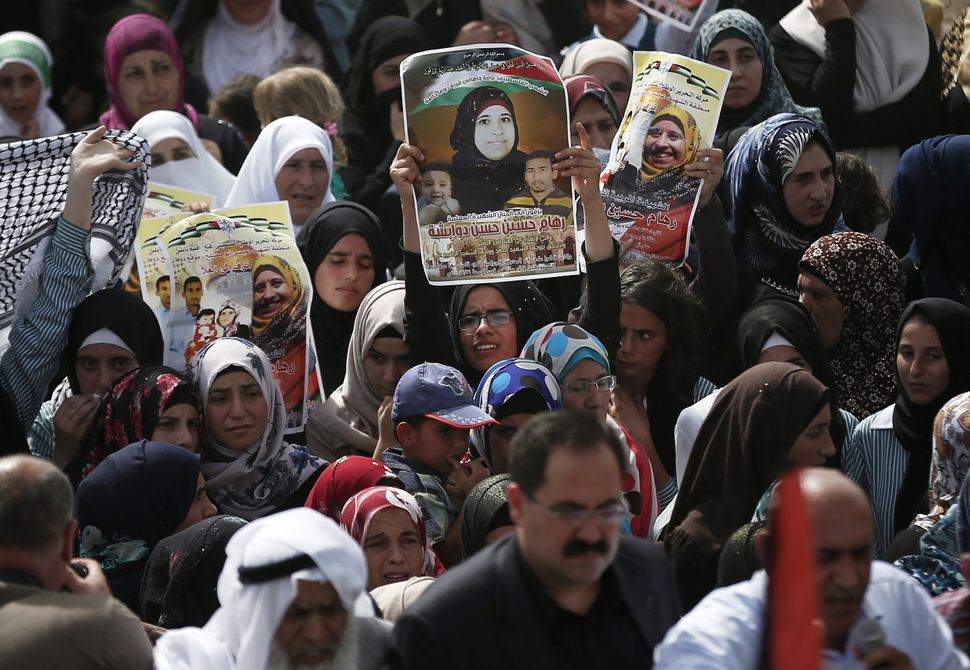 The mother of a Palestinian toddler killed in a July arson attack in the Israeli-occupied West Bank died on Monday of her burns, the third fatality after her husband succumbed to his injuries last month.

Soon after the announcement by medical authorities, Palestinians rallied in the family’s home village of Duma, calling for a “day of rage” throughout Palestinian territories.

“To my regret, she passed away after midnight,” a hospital spokeswoman said. A second son is still in hospital. 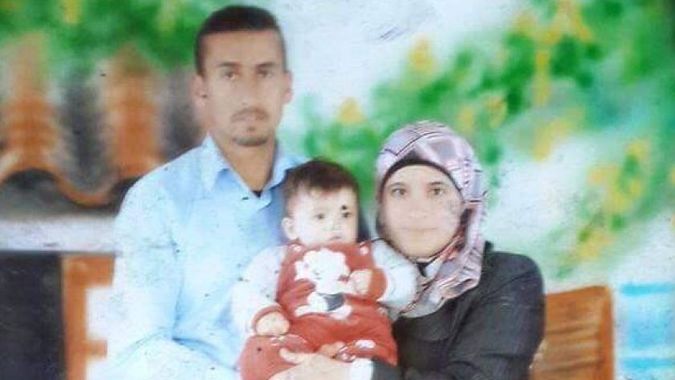 Wiped Out: A photo of the Palestinian family members killed in a firebomb attack by suspected Jewish extremists.

Thousands of people attended the funeral of Reham Dawabsheh in the village of Douma.

Prime Minister Benjamin Netanyahu described the attack as an act of terrorism and ordered a crackdown on violent far-right Jewish groups.

Several alleged leaders of Jewish extremist groups have since been detained, though none have been publicly accused of direct involvement in the attack.

“Over a month has passed and the Israeli government hasn’t yet brought the terrorists to justice,” Saeb Erekat, secretary-general of the Palestine Liberation Organization, said in a statement. 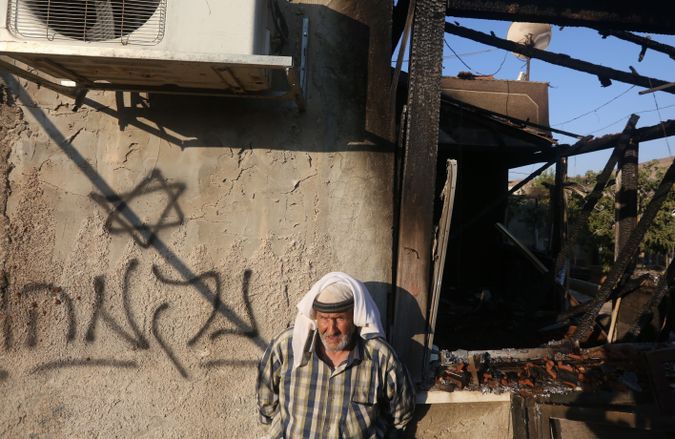 “If Israel is not stopped and held accountable, then Riham will not be the last victim of Israeli terror,” he said in a statement.

There was no immediate reaction to the news of the death from the Israeli government.