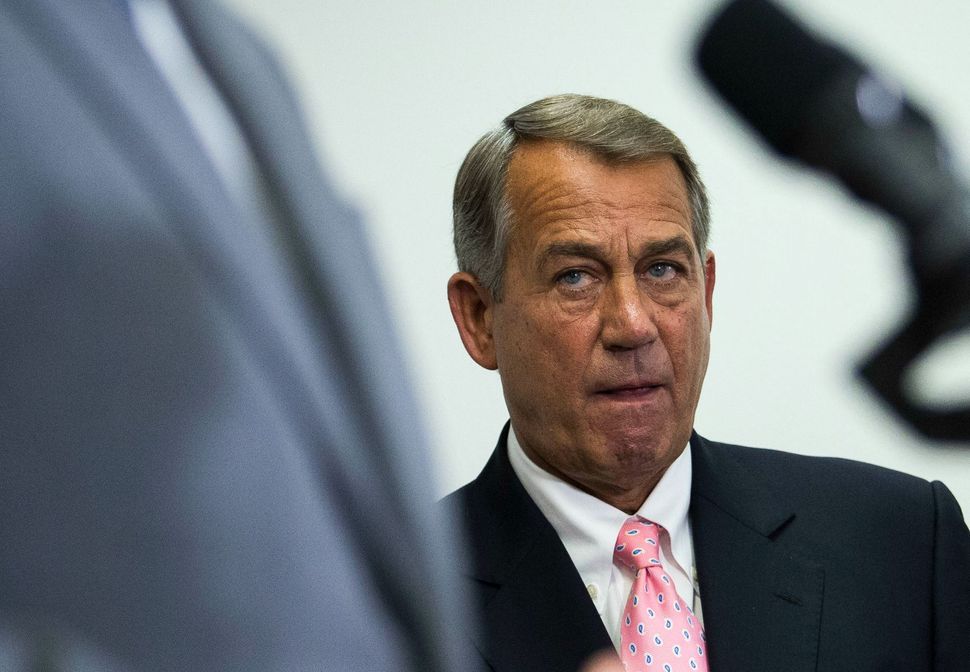 The House was supposed to vote on a procedural motion to begin debate on Wednesday, but it was put off after some Republicans said they wanted to push President Barack Obama to provide more information about the deal.

Instead, House Republican leaders scheduled a late afternoon meeting to discuss how to proceed.

Under a law Obama signed in May, Congress has until Sept. 17 to vote on a resolution of disapproval of the nuclear agreement between the United States, five other world powers and Tehran.

The resolution of disapproval, if passed, would sink the deal, under which Iran gains relief from sanctions in return for curbing its nuclear program. Obama has secured enough votes from his fellow Democrats to sustain a veto of the measure, even if the Republican-led Congress approves it.

The rebel Republicans, led by Representative Peter Roskam, said the Obama administration had not provided all the information about the deal required under the Iran Nuclear Review Act. They said it includes “secret side deals” about inspections of Iran’s nuclear facilities that have not been fully revealed.

The White House dismissed that suggestion.

“If Congress does not vote, this agreement goes into effect. It’s as simple as that,” White House spokesman Eric Schultz said.

The dispute arose after announcements on Tuesday that deal supporters had mustered 42 votes in the Senate, more than enough to block a disapproval resolution before it could be passed, if all of the votes hold.

Even if senators are unable to use the Senate’s filibuster procedural rule to block the measure, they have far more than the 34 votes in the 100-member Senate needed to sustain Obama’s promised veto.

To override a veto, deal opponents would need two-thirds majorities in both the Senate and the House.

U.S. Secretary of State John Kerry and Energy Secretary Ernest Moniz met with pro-deal senators on Wednesday to bolster support for the deal.

Kerry urged lawmakers to vote as quickly as possible. Deal supporters hope at least 41 senators will vote to block the measure, but Senator Richard Durbin, the chamber’s top Democratic vote counter, said he did not yet have a final number.