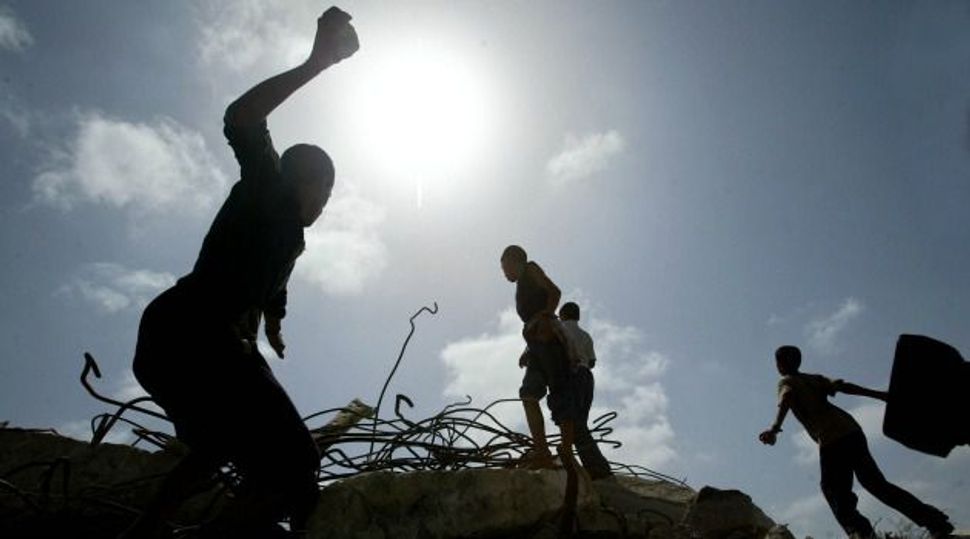 Police in Jerusalem over the weekend began using the new open-fire orders against rock throwers, Netanyahu said, and additional forces have been added in order to tamp down recent rioting in the city.

“Stones and fire bombs are deadly weapons; they kill and have killed,” Netanyahu said. He also said that Israeli forces will implement a “simple principle” in dealing with rioters: “Whoever tries to attack us, we will hurt him.”

Netanyahu stated that “Israel is committed to maintaining the status quo” on the Temple Mount.

“We are not altering the status quo. Elements that incite with baseless, wild provocations – to the effect that Israel is trying to prevent Muslim prayer on the Temple Mount or wants to destroy the mosques, or other wild things that are being said – it is they who are inciting. This incitement comes from the Muslim Brotherhood, the Islamic Movement in Israel, Hamas, and – to our chagrin – with the active participation of the Palestinian Authority,” he said.

The status quo refers to the fact that the Temple Mount is under control of the Muslim Waqf, as it has been since 1967, and that only Muslims are permitted to pray at the site, though Jews and Christians may visit. The Waqf is under the jurisdiction of Jordan.

If someone complains about the development of the situation on the Temple Mount, the prime minister said, “they would do best to direct their criticism, not towards Jerusalem, but rather towards Ramallah, Gaza and agitators in the Galilee, and unfortunately, towards Turkey, from which incitement issues forth on a daily, even hourly, basis, not only the throwing of firebombs, but also something new – bringing explosives and pipe bombs onto the Temple Mount.”