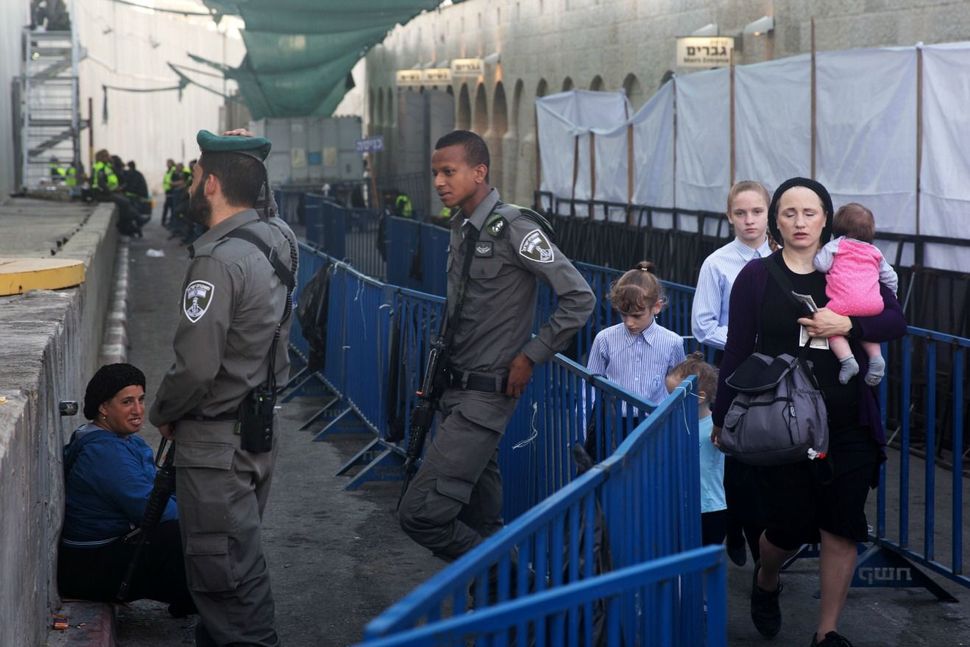 The rabbi of the Western Wall criticized UNESCO for recognizing Rachel’s Tomb and the Tomb of the Patriarchs as Muslim sites.

In an open letter to the United Nations Educational, Scientific and Cultural Organization, Rabbi Shmuel Rabinowitz said the decision “cannot be explained by any historical, archeological, or cultural measure.”

“Centuries of documented history prove not only the deep and strong connection between the Jewish nation and this tomb, as is evidenced by the pilgrimage made to it even during hard times and at great personal risk, but also that there has never been a Muslim claim to the site,” Rabinowitz wrote.

The vote of 26-6 in favor of the resolution, with 25 abstentions, held earlier this month, recognized Rachel’s Tomb in Bethlehem and the Tomb of the Patriarchs in Hebron as Muslim sites that are part of a Palestinian state. Both sites are holy to Jews and listed in the Bible as the burial places of the Jewish patriarchs and matriarchs.

Before the vote, the six Arab countries that submitted the proposal on behalf of the Palestinians — Algeria, Egypt, Kuwait, Morocco, Tunisia and the United Arab Emirates — removed from the proposal a statement declaring the Western Wall in Jerusalem part of the Al-Aqsa mosque complex and naming it part of the Muslim religious site. That provision had earned fierce condemnation from Israel and American Jewish groups.

“It is not only your own integrity at stake here, but also that of the welfare and stability of the entire area,” Rabinowitz wrote. “Especially during these days, when false libels about Israel wishing to harm the Temple Mount are being espoused and young hotheaded Muslims are wounding and murdering Jewish citizens in the name of G-d, your decision feeds into the despicable, evil lies and raises not only the height of the flame, but to my great regret, also the amount of innocent blood shed.”