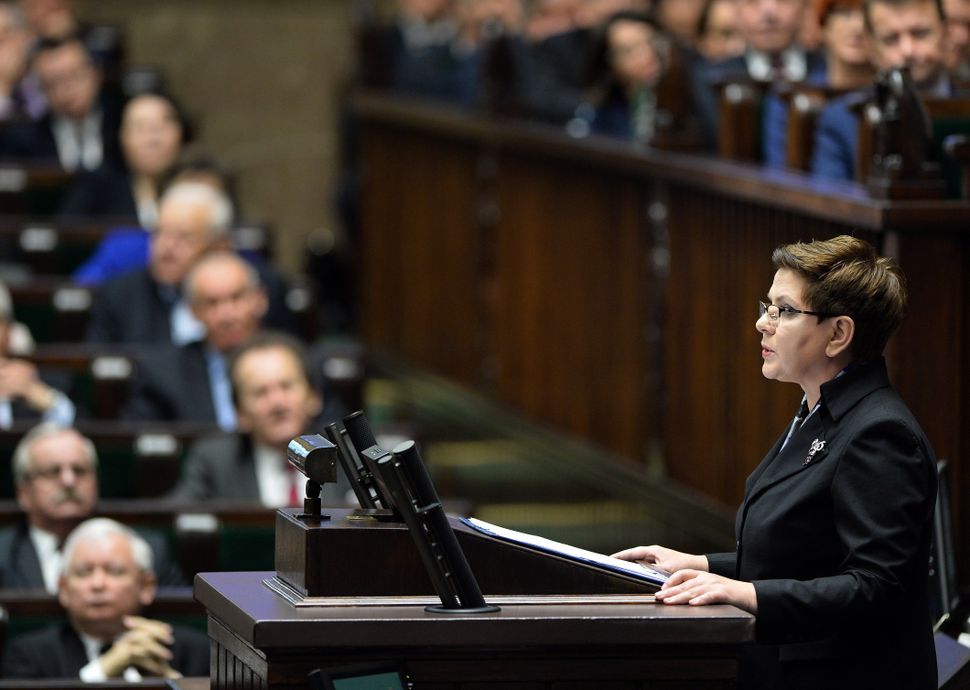 The president of the Council of the Union of Jewish Communities in Poland, Krzysztof Izdebski, led a civil protest against the new government and parliament in Poland.

“We are disappointed by the Sejm,” declared the organizers of the demonstration, Izdebski and Jacob Gornicki of ePanstw, or eState, Foundation, in a statement posted on Facebook. Sejm is the Polish parliament.

The first protest was held on Thursday in front of the Parliament building. The second is scheduled for December 2.

The demonstrators protested against the method of making changes in the Constitutional Tribunal. Last week, the parliament revoked a law passed several years earlier, governing how to elect the five judges of the Tribunal, without prior discussion on this subject with the opposition.

“We want a transparent and comprehensible state. We are opposed to the mode in which the Parliament makes decisions about the state system. Therefore, as citizens, we are here,” said Izdebski, the interia.pl news website reported.

The council of the Union of Jewish Religious Communities is the supreme authority of the Union and directs the activities of the organization.