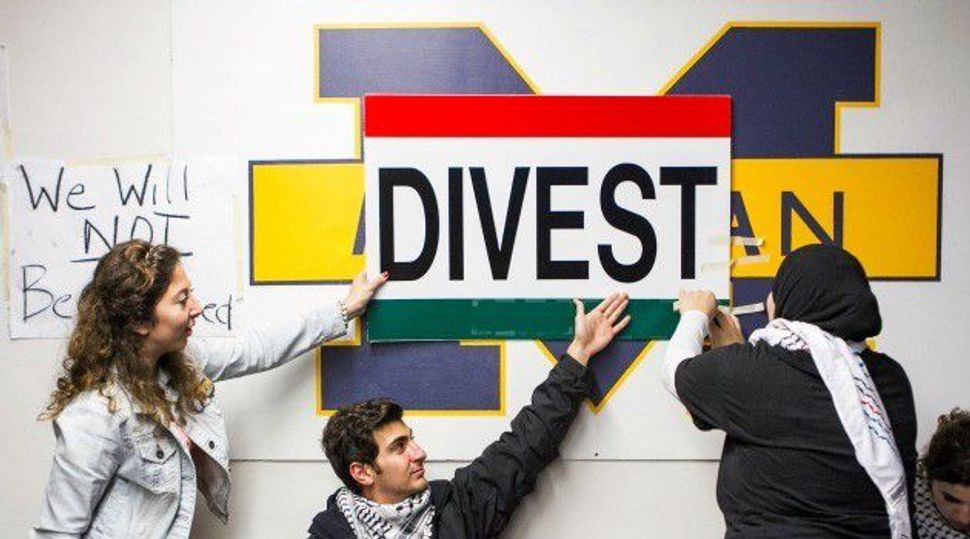 A Jewish student at the University of Michigan is under fire for confronting pro-Palestinian student demonstrators.

Representatives from Students Allied for Freedom and Equality, or SAFE — a campus group that aims to promote justice for Palestinians — have called for the removal of sophomore Jesse Arm from serving as a representative on the Central Student Government, or CSG. Arm reportedly appeared before the student government’s ethics committee on Monday.

His conduct also was discussed at a CSG meeting on Tuesday, the Michigan Daily student newspaper reported.

At a SAFE demonstration on Nov. 19, the group displayed a wall representing the security fence between Israel and the West Bank. Arm was filmed confronting and criticizing the demonstrators, according to the Daily.

The demonstration came as news that American yeshiva student Ezra Schwartz was killed in a West Bank terror attack, which university junior Matt Fidel told the student government should be taken into consideration when discussing Arm’s actions.

Arm and Schwartz were from the same community and had many friends in common, the College Fix reported.

“I can tell you from firsthand experience this was a very emotional day in the Jewish community,” Fidel told the student government, according to the Michigan Daily, adding that Arm was not disrespectful but firm in his convictions.

Other Jewish students said the demonstration triggered emotions in them, and added that the student government should not be allowed to tell students what they may or may not stand up for or believe in, according to the Daily.