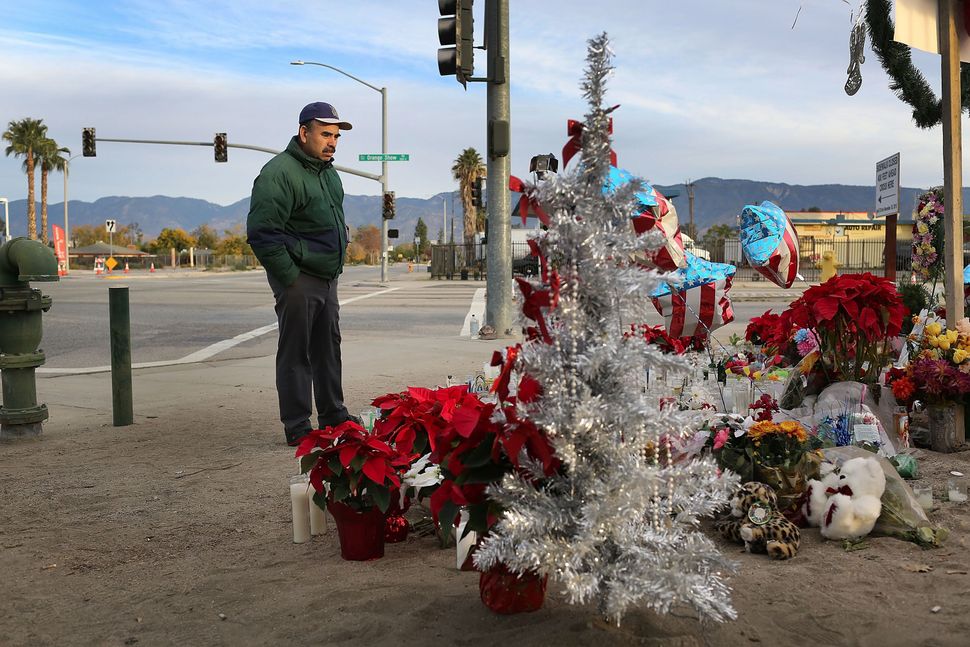 The father of San Bernardino killer Sayed Rizan Farook said his son was obsessed with Israel, which shaped his Islamisist worldview.

Sayed Farook told the Italian newspaper La Stampa that he tried to persuade his son not to act on his hatred of Israel.

“I told him he had to stay calm and be patient because in two years Israel will not exist anymore. Geopolitics is changing: Russia, China and America don’t want Jews there anymore. They are going to bring the Jews back to Ukraine,” Sayed Farook said.

“What is the point of fighting? We have already done it and we lost. Israel is not to be fought with weapons, but with politics. But he did not listen to me, he was obsessed.”

Sayed Rizan Farook was killed in a shootout with police after the Dec. 2 attack on a holiday party at a building housing a social services agency in San Bernardino, California, that killed 14.

Sayed Farook told the newspaper that his son spoke about the Islamic State and that his wife, Tashfeen Malik, who also was killed in the shootout with police, may have radicalized him.

The Farook family, originally from Pakistan, has been living in the United States since 1973.