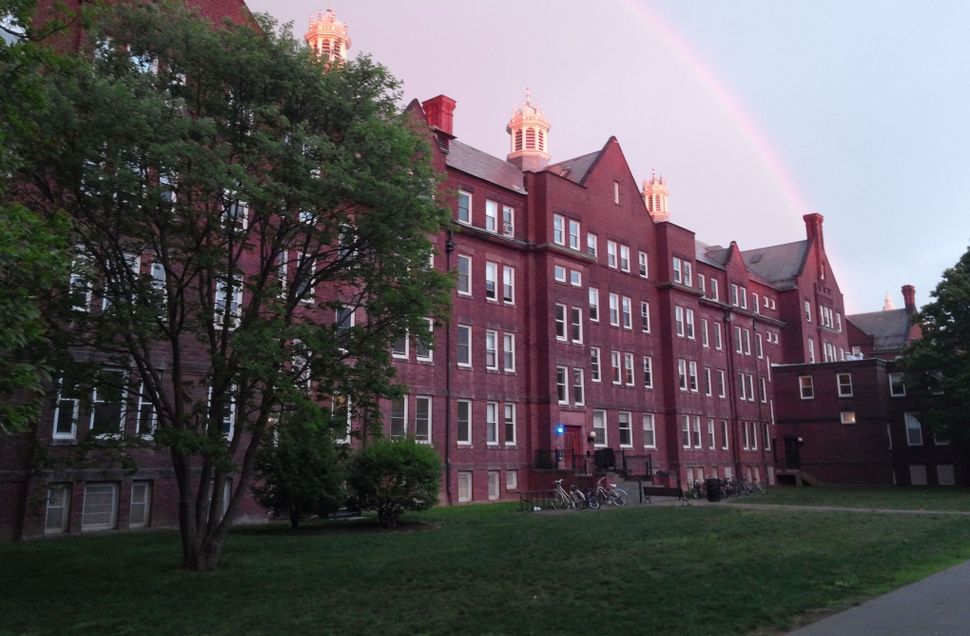 Vassar College’s student council approved a funding request from J Street U, a liberal pro-Israel group, after delaying it because of concerns that it would be supporting a racist ideology.

The student council unanimously approved the request on Sunday.

The funds allowed students to attend HaaretzQ — a conference focused on Israeli-Palestinian relations and hosted by the liberal Israeli daily Haaretz and the dovish New Israel Fund.

The Vassar student council finance committee delayed the funding last week, according to a J Street U Vassar Facebook post, because it did not want to contradict the council’s anti-racist policy. The request was put to a full student council vote, which J Street U portrayed as a rare step.

“The concerns raised by the finance committee trouble us deeply for two reasons,” the Facebook post read. “First, because we disagree with the notion that this conference is contrary to the VSA’s anti-racist values. Second, because our own anti-racist ideologies are the very reason we exist as an organization: to oppose the occupation of the West Bank and fight for a two-state solution.”

In a subsequent Facebook post following the unanimous approval, J Street U Vassar disavowed the idea that the initial delay was anti-Semitic.

“We are under no impression that the decision to table our application for funding was anti-semitic in nature,” the post read. “We understand that it may have had anti-Zionist implications, but J Street U Vassar does not assume that correlates to anti-semitism.”