China’s Jews Celebrate Hanukkah — and Their Rich History in Kaifeng 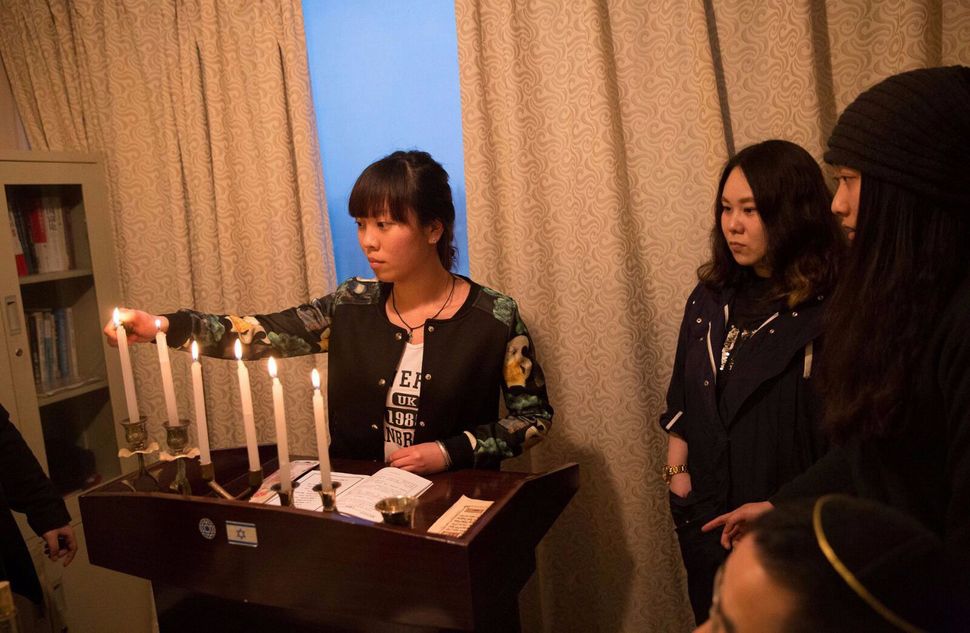 All in the family: Chinese Jews gather for Hanukkah. Image by Shavei Israel

You might not expect to find members of the Tribe in China. But they’re there — and they trace their roots back more than 800 years.

On the first night of Hanukkah, a few dozen Chinese Jews in Kaifeng, China, gathered to celebrate and light their menorah’s first candle.

“The Chinese Jews take their inspiration from the Maccabees,” said Michael Freund founder of Shavei Israel, a non-profit that helps Jewish groups around the world. “Even in far-off Kaifeng, the light of Jewish survival continues to burn brightly. Kaifeng’s Jewish descendants are a living link between China and the Jewish people.”

Scholars believe the first Jews arrived in Kaifeng, one of the capitals of imperial China, during the 8th or 9th century, when Jewish merchants from Persia settled in the area.

All in the family: Chinese Jews gather for Hanukkah. Image by Shavei Israel

Kaifeng’s Jewish community built a large and beautiful synagogue, which was subsequently renovated and rebuilt on numerous occasions.

At its peak, during the Ming Dynasty (1368-1644), there were around 5,000 Kaifeng Jews. However, intermarriage and assimilation, as well as the death of the community’s last rabbi, brought about its demise by the middle of the 19th century.

After years of political uncertainty, in the 1980s, the Sino-Judaic Institute was founded by an international group of scholars to further research into the history of Jewish communities in China. The establishment of diplomatic relations between China and Israel in 1992 also rekindled an interest in Judaism.

“After centuries of assimilation, a growing number of Kaifeng’s Jews have begun seeking to return to their roots and embrace their Jewish identity,” said Freund. “They are trying to figure out why it’s important to be Jewish and we want to help them have a stronger Jewish identity.” Currently, there are an estimated to be approximately 1,000 Jewish descendants in Kaifeng. Shavei Israel has helped a number of young Chinese Jews from Kaifeng to make aliyah to Israel.

China’s Jews Celebrate Hanukkah — and Their Rich History in Kaifeng