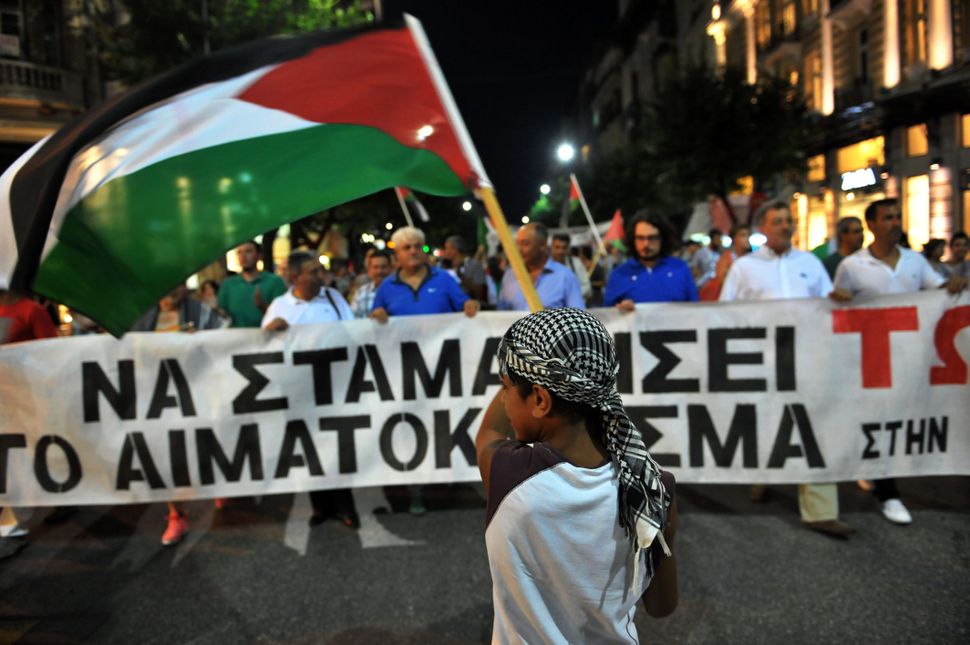 Greece’s parliament is scheduled to vote in favor of recognizing Palestinian statehood.

The vote, scheduled to take place on Dec. 22, will be on a non-binding resolution similar to the ones passed in recent months by France’s National Assembly, the European Parliament and Britain’s House of Commons.

Mahmoud Abbas, the president of the Palestinian Authority, is due to arrive in Greece on Dec. 21 for a two-day work meeting.

However, the Greek government has no intention of recognizing the Palestinian Authority as a state, in order “not to disturb good relations with Israel,” the news site EUobserver.com on Friday quoted a Greek official as saying.

Brussels says the new regulations, which also require a distinction between goods made by Israelis and those made by Palestinians, are necessary to provide consumers with accurate information on the provenance of products. The European Union does not consider east Jerusalem and the Golan Heights, which Israel annexed, as Israeli. And it regards Israeli settlements in the West Bank, which Israel says it has a right to build, as illegal.

The European Commission said that its new regulations, published last month, were a consumer issue and not a political one. But Israel’s foreign ministry said they were discriminatory and politically-motivated.

Senior EU officials were scheduled to discuss this issue, along with others, during a meeting in Brussels Friday.