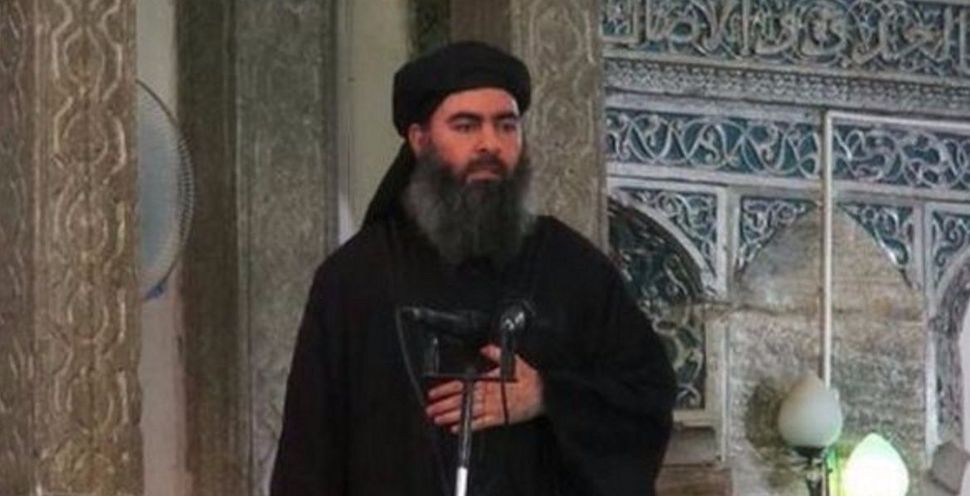 The leader of the Islamic State threatened Israel and Jews in a taped message that is said to be from him.

“The Jews thought we forgot Palestine and that they had distracted us from it. Not at all, Jews. We did not forget Palestine for a moment. With the help of Allah, we will not forget it,” Abu Bakr al-Baghdadi said in the message released Saturday.

“The pioneers of the jihadist fighters will surround you on a day that you think is distant and we know is close. We are getting closer every day.

“You will never find comfort in Palestine, Jews. Palestine will not be your land or your home, but it will be a graveyard for you. Allah has gathered you in Palestine so that the Muslims may kill you.”

The message was posted on Twitter accounts that have published Islamic State statements in the past. It has not been verified as actually originating from Baghdadi.

In a video released last month by the Islamic State, the group threatened to wage war against the Jewish people.