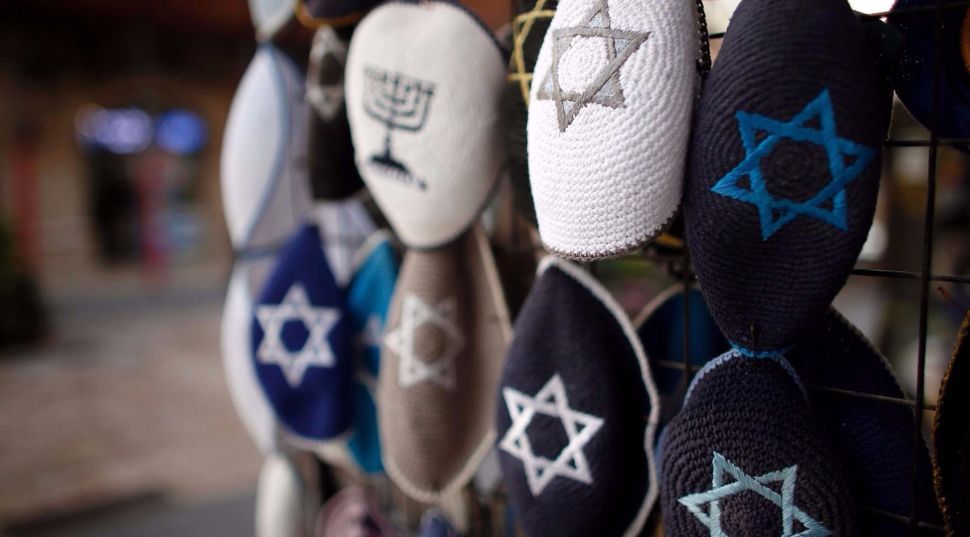 French Jews condemned a prominent Jewish pro-Palestinian activist who said that the act of wearing a kippah is a sign of allegiance to the policies of the State of Israel.

Rony Brauman, a former president of Doctors Without Borders, made the statement last week during an interview on the Europe1 radio station about the Jan. 11 stabbing of a devout Jew in Marseille, allegedly by a 15-year-old boy who told police he assaulted the victim as part of the jihad of the Islamic State terrorist group.

“We have to wonder about the significance of wearing a kippah — not for that person,” Brauman said of the victim in Marserille, “as I have no reason to suspect him, but in society in general.” In addition to an affirmation of faith, Brauman said, wearing a kippah is “an affirmation of loyalty to the State of Israel, why not after all, but also, and this is much more problematic, a sign of a kind of allegiance to the policies of the state of Israel.”

According to the Tribune Juive daily, both CRIF, the umbrella group of French Jewish communities, and French Chief Rabbi Haim Korsia condemned this statement. André Mamou, the paper’s editor-in-chief, wrote in an op-ed that, “what made this leftwing physician venture so far into self-hatred is incomprehensible.”

And Yohann Taïeb, another Jewish journalist, filed a complaint against Brauman for alleged hate speech to France’s Superior Council for Audiovisual, of CSA.

Brauman on Monday said in an interview for the leftwing news site Mediapart that his phrasing was “inaccurate,” adding that wearing a kippah had “signifies various things and cannot be confused for a political statement,” but accused CRIF of creating this conflation by stating that the Jewish community stands in solidarity with Israel.

Following the stabbing, a Jewish community representative from Marseille called on Jews to remove their kippah for security reasons, though his call was squarely rejected by other community leaders. Korsia said recently that “removing the kippah today means removing the cross tomorrow.”

Last month, CRIF accused Borders without Borders of glorifying Palestinian terrorism in an exhibition that featured a poster praising the killer of Jews from the West Bank.