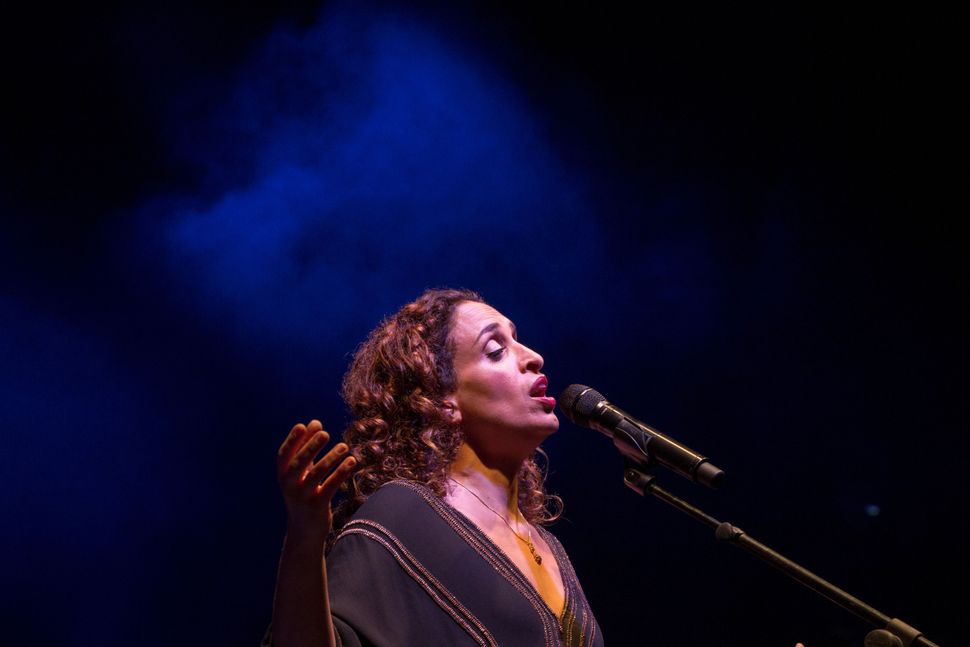 The Jewish National Fund of Canada has withdrawn its sponsorship of the Jewish Federation of Vancouver’s Yom Ha’atzmaut event over the federation’s decision to feature controversial Israeli pop singer Achinoam Nini, known as Noa.

“Due to the views of the entertainment booked for this year’s celebration, we will be taking a one-year hiatus from sponsoring the event,” JNF CEO Josh Cooper said in a statement. “The entertainer that has been hired does not reflect, nor correspond to the mandate and values of the Jewish National Fund of Canada.”

The Canadian Jewish News reported on Feb. 12 that the Jewish Federation of Greater Vancouver is preparing “a warm welcome” for Nini, and that it decried a Jerusalem Post report suggesting Vancouver Jews were “outraged” about the singer’s appearance because she allegedly supports the boycott, divestment and sanctions, or BDS, movement against Israel.

The federation said it had done its “due diligence by looking closely into the facts. To the best of our knowledge, reports suggesting Ms. Nini promotes BDS are incorrect.”

Also on Feb. 12, the Jerusalem Post deleted the article about Nini and published the following: “The article ‘Vancouver Jews outraged over Achinoam Nini invite to Independence Day event,’ which appeared on jpost.com on February 9, in no way intended to suggest that the Jewish Federation of Greater Vancouver or Ms. Nini herself support the BDS movement. We apologize for any confusion that may have been caused.”

The singer herself took to Facebook on Feb. 11 to deny she supports BDS. “I am absolutely and completely against the BDS [campaign],” she wrote. “I see it as a hypocritical movement full of contradictions who will not bring peace to Israel nor help the Palestinians achieve their goals; very much on the contrary.”

In a letter to the Vancouver Federation, Eyal Platek, an Israeli lawyer, said Noa “is known for the provocations she incites; she is an extremist who supports radical left organizations that attack, slander, lie and cause ongoing harm to the Israeli Defense Forces and to IDF soldiers who guard and protect our citizens and our homeland.”

He asked the federation to reconsider its invitation to Noa “and prevent the offense this would cause to the citizens of Israel, IDF soldiers and the commanders.”

The federation told JTA it is “disappointed” by JNF’s decision to withdraw from the event, “and we look forward to welcoming them back next year.”

Asked why the JNF withdrew from the event if the federation was satisfied that Noa does not support the BDS movement, Cooper replied: “I can’t speak for another organization. Everything is in our statement.”