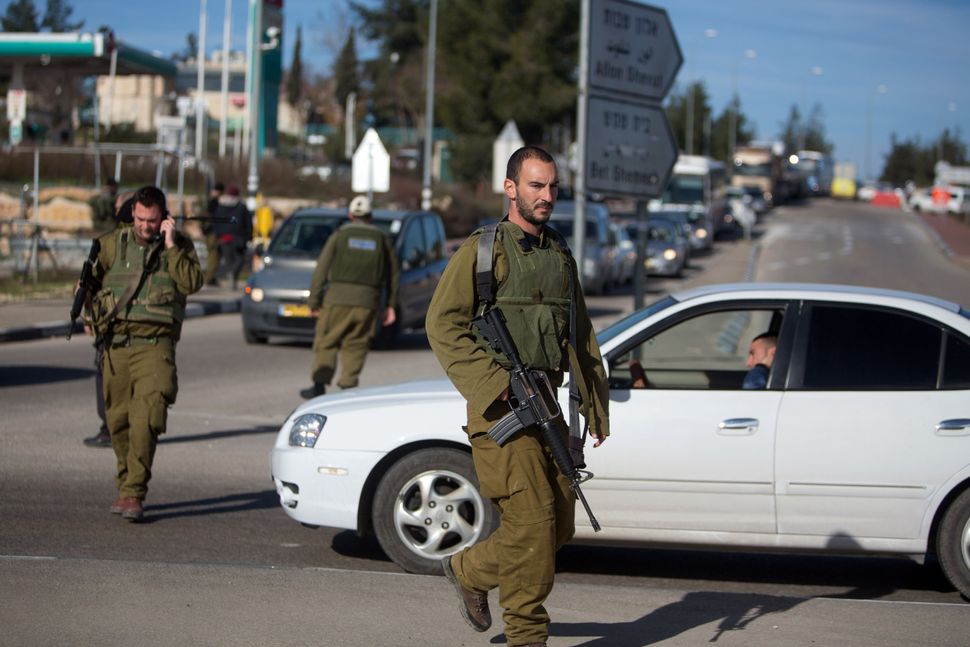 Israeli soldiers who opened fire at a knife-wielding Palestinian in the occupied West Bank on Wednesday accidentally shot dead an Israeli whom he was trying to stab, hospital officials said.

The Israeli army described the man who was killed as a civilian, and said the Palestinian assailant was wounded in the incident near the Gush Etzion bloc of Jewish settlements, one of the focal points of a five-month-old surge in street violence.

Palestinian stabbings, shootings and car rammings have killed 28 Israelis and a U.S. citizen since October. Israeli security forces have killed at least 168 Palestinians, 111 of whom Israel says were assailants, while most others were shot dead during violent anti-Israeli protests.

The bloodshed has been fueled by various factors, including a dispute over Jerusalem’s al-Aqsa mosque compound and the failure of several rounds of peace talks to secure the Palestinians an independent state in Israeli-occupied territory.

Palestinian leaders have said that with no breakthrough on the horizon, desperate youngsters see no future ahead. Israel says young Palestinians are being incited to violence by their leaders and by Islamist groups calling for Israel’s destruction.