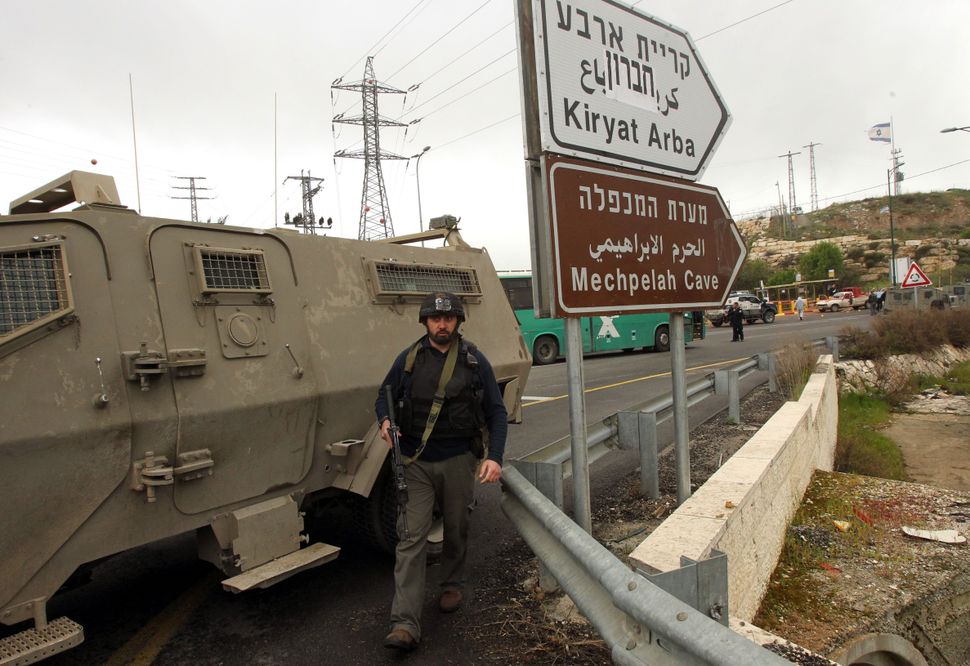 Three Palestinians carried out back-to-back gun and car-ramming attacks on Israelis near a Jewish settlement in the occupied West Bank on Monday and were shot dead by the army, it said.

Two of the Palestinians, armed with a handgun and an improvised machine-pistol, were killed after opening fire at civilians and soldiers who were waiting at a bus stop outside Kiryat Arba settlement, the army said. One soldier was wounded.

Minutes later, the third Palestinian rammed a car into an military vehicle at the scene and was shot, the army said. Two soldiers were hurt in the second incident, the army said, adding that two knives were found on the motorist’s body.

Since October, Palestinian street attacks have killed 28 Israelis and two U.S. citizens. Israeli forces have killed at least 184 Palestinians, 124 of whom Israel says were assailants. Most others were shot dead during violent protests.

The surge in violence has been partly fueled by Palestinian frustration over the collapse of U.S.-sponsored peace talks in 2014, the growth of Jewish settlements on land they seek for a future state, and Islamist calls for the destruction of Israel.