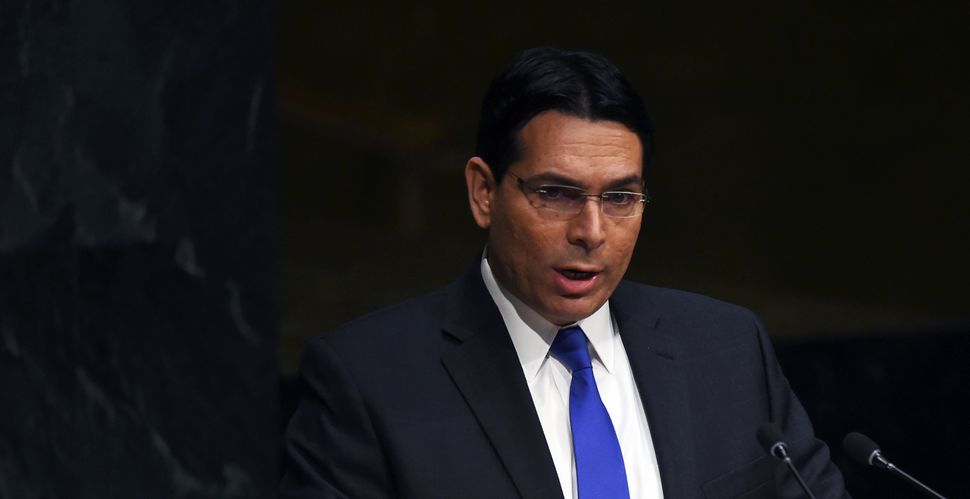 A monthly meeting of the United Nations Security Council on the Middle East deteriorated into a shouting match on Monday as Israeli and Palestinian envoys yelled “shame on you” at each other across the chamber.

“You’re paying the families of the terrorists,” Israel’s U.N. Ambassador Danny Danon said loudly during the meeting of the 15-nation Security Council. He was addressing the permanent Palestinian U.N. observer Riyad Mansour.

“Do you do the same?” Mansour responded.

“You glorify terrorism,” Danon said. “Shame on you for doing that.”

“We don’t do that,” Mansour replied. “Shame on you for killing thousands of Palestinian children.”

After Chinese Ambassador Liu Jieyi, president of the council this month, called on the two envoys to maintain order, Danon announced that there had been an explosion aboard a bus in Jerusalem.

Israeli police said it may have been caused by a militant attack or the result of a fire from other causes.

The showdown between the envoys came after U.N. Secretary-General Ban Ki-moon addressed the council and welcomed recent efforts by both sides that “have contributed to a reduction of tensions in recent weeks.”

“Israelis and Palestinians need their leaders to elevate public discourse above mutual accusations and to engage in a constructive dialog that can rebuild the trust that has all but evaporated,” Ban said.

Mansour last week spoke to reporters about a renewed Palestinian drive to persuade the Security Council to condemn Israeli settlements in the West Bank and East Jerusalem, a move he said was aimed at removing the biggest obstacle to peace and boosting French efforts to broker an agreement.

With U.S. efforts to broker a two-state solution in tatters since 2014 and Washington focused on the presidential election, France has been lobbying countries to commit to a conference that would get Israelis and Palestinians back to negotiations about ending their conflict.

Palestinian President Mahmoud Abbas will be in New York this week to sign a global climate agreement. He is expected to meet with French President Francois Hollande on the sidelines, diplomats say, and will likely discuss the Palestinian draft resolution.—Reuters