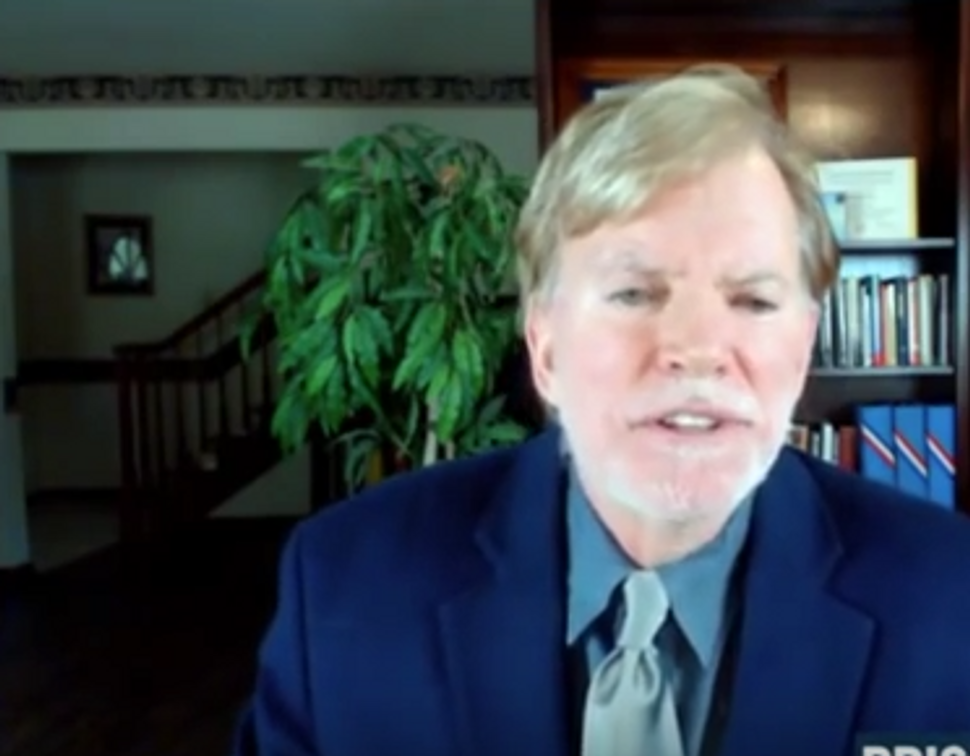 White supremacist leader David Duke says he would be the “better” vice presidential candidate for Donald Trump, but the former Ku Klux Klan leader admits he is not expecting to get tapped for the Donald’s ticket.

Duke blasted Newt Gingrich, saying he would be “a better pick” than the former Republican House speaker whom Donald Trump is considering as his running mate.

“I had a perfect Republican voting record. If he had me as a VP he would have a life insurance policy,” the former Ku Klux Klan wizard, who served in Louisiana’s House in 1989-1993, told the Daily Beast.

Duke is unhappy with Gingrich for saying that white Americans did not understand the struggles of African Americans following two recent killings of black men by policemen, calling him a “total sellout.”

The white supremacist leader has been a strong supporter of Trump’s candidacy — and a vocal anti-Semite. In May, he said Jewish opposition to Trump showed that Jews are “the real problem” and the “reason why America is not great.” Trump later said he “totally disavows” Duke’s statement.

Duke seemed to imply that Trump’s success was partially due to his work.

“I think Trump is riding a wave of anti-establishment feeling that I’ve been nurturing for 25 years,” he said.

But the white nationalist did not think Trump would be likely to pick him as a running mate, saying, “I don’t see him doing that. That’s just a fantasy.”

“There are millions of people across the country who would like to have me in the Congress. I’d be the only person in Congress openly defending the rights and the heritage of European Americans,” he said, explaining that the recent killing of five white policemen in Dallas by a gunman at a Black Lives Matter protest motivated him to consider challenging Scalise.

Duke has run for office unsuccessfully several times, including in 1999 when he received 19% of votes for a seat in Louisiana’s House.