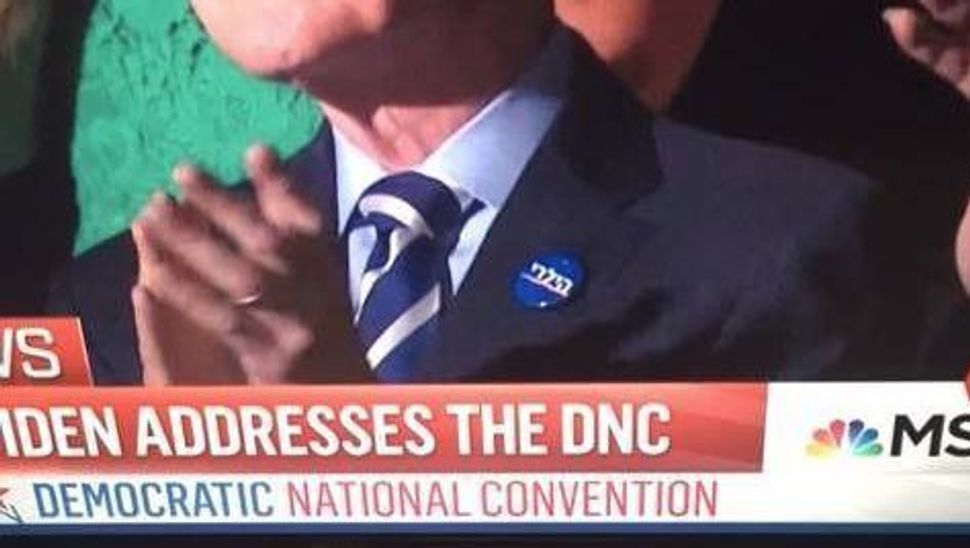 Hillary: But in Hebrew. Image by Courtesy MSNBC

Because as anyone watching MSNBC could see, Bill Clinton was wearing a Hebrew lapel pin at the DNC on Wednesday night, that read, in Hebrew transliteration, “Hillary.”

That seems to have been one of the the Clinton team’s firm but clear responses to those who burned the Israeli flag on Tuesday night.

In a Facebook post, Jewish Democratic strategist Steve Rabinowitz gave a behind the scenes account of how the pin, produced by the National Jewish Democratic Council, reached the former president’s jacket. It was Marc Stanley, the group’s former chairman, who met Clinton at the convention and gave him the pin. Clinton later told Rabinowitz he intended to wear it. “I didn’t think he meant tonight,” Rabinowitz wrote.