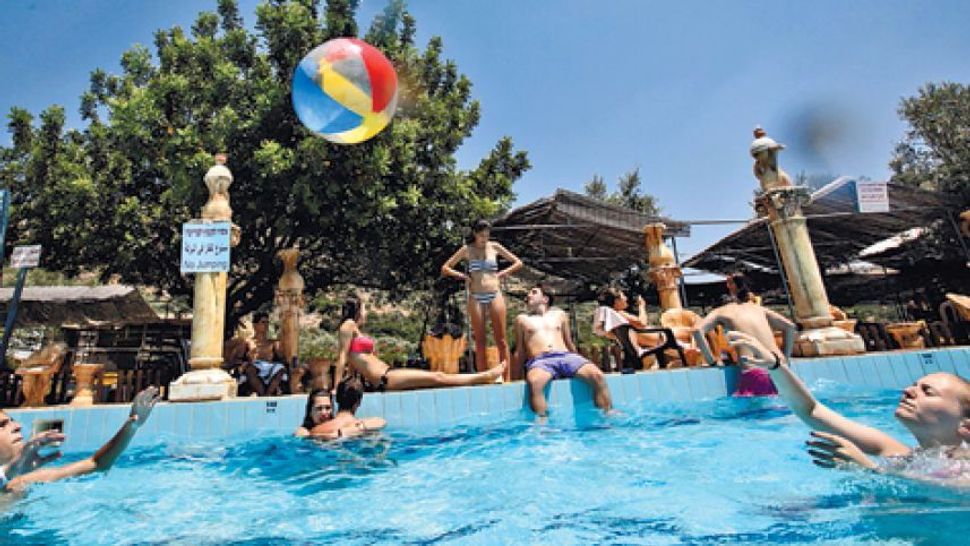 n Israeli mayor from the Galilee apologized for causing offense by saying that he does not want Arabs to use swimming pools of predominantly-Jewish towns and cities.

Speaking on the Kol Rega radio station Thursday, Motti Dotan, head of the Lower Galilee Regional Council, said: “I don’t hate Arabs, but I don’t want them at my pools. I don’t go to their pools, either.”

His statement, published prominently by Haaretz and other media, provoked outrage and accusations of racism against Dotan, a member of the Likud party and a board member of the Foundation for the Benefit of Holocaust Victims in Israel.

In Thursday’s radio interview, he ascribed his opinion to “cultural differences” and not racism. He cited different dress norms. In an interview for 103FM, he said: “I apologize if anyone was offended by what I said.”

Dotan noted that no Jews swim at an Arab-owned private pool near Kibbutz Beit Rimon, one of several Jewish communities and towns represented by his council. Neighboring Arab towns and villages are represented by a different regional council. But he also said “no one checks bathers at the entrance” to pools and that Arabs are free to enter any of them.

In the 103FM interview, he said Arab bathers tend to leave a mess behind them.

“In Arab culture, it is customary to bring lunch or dinner to the pool and when, usually, when it’s crowded, mess is left behind. My Jewish residents don’t make a mess and don’t leave trash behind,” he said.

“If [Arabs] would behave according to our norms, then I’d have no problem. But that doesn’t happen, so I generalize,” he said in the Kol Rega injterview. “When Jewish men and women will feel comfortable in an Arab town, then I will be happy to have them over. But until that happens, I don’t want them.”

Yousef Jabareen a Knesset member with the Joint Arab List party slammed Dotan’s comments, telling Haaretz: “In addition to being morally unacceptable, they constitute a criminal offense, and I am contacting the attorney general to open a criminal investigation.”

In a statement, the Abraham Fund Initiatives, a nonprofit that promotes coexistence between Israeli Jews and Arabs, quipped: “Motti Dotan .., isn’t a racist. He simply doesn’t want dirty Arabs in his pool. For his part, he promises not to go to ‘their’ pools (the imaginary pools existing in all of the Arab communities in the Lower Galilee).”

In April, a right-wing Knesset member was slammed for saying Arab and Jewish mothers in Israel’s maternity wards should be placed in separate rooms. In a Twitter post, Bezalel Smotrich of the Jewish Home party said, “It’s natural that my wife wouldn’t want to lie down [in a bed] next to a woman who just gave birth to a baby who might want to murder her baby twenty years from now.”

Smotrich added that “Arabs are my enemies and that’s why I don’t enjoy being next to them.”

Soon after their posting, the tweets were criticized by party leader Naftali Bennett.

The leader of a local Israeli government council said Thursday that he doesn’t want to see Arabs using public swimming pools in his locality.

“I don’t hate Arabs, but I don’t want them at my pools,” Lower Galilee Regional Council head Motti Dotanhe told a radio station. “I don’t go to their pools, either.”