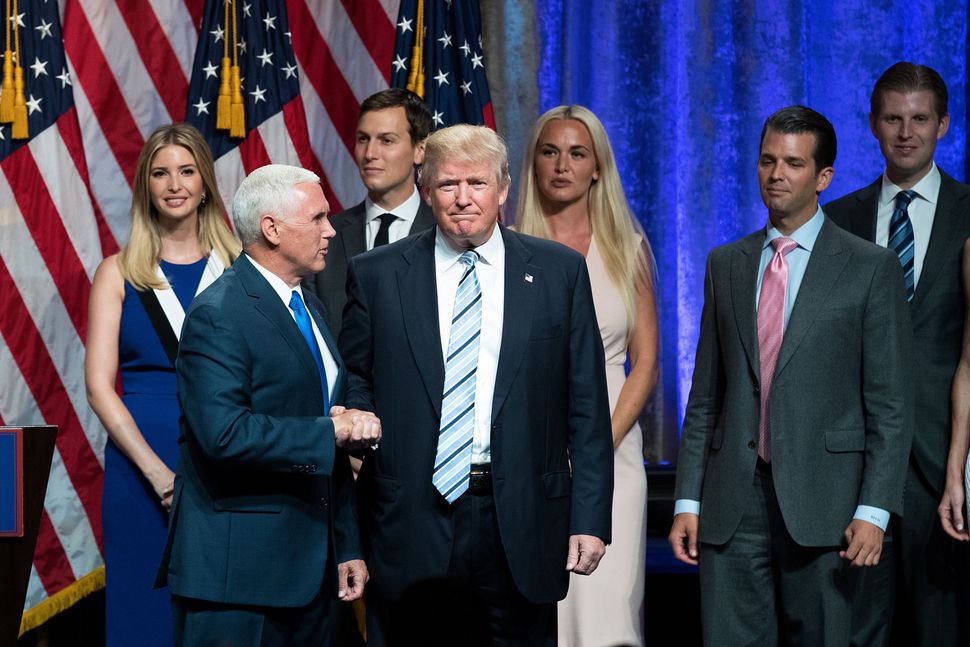 Jon Kushner, cousin to Trump’s son-in-law Jared Kushner, has serious plans to run for mayor of New York in 2017 — along with Donald Trump, Jr., he is now the second member of Trump’s extended family to express interest in the position.

“He wants to be mayor. It’s his dream. It’s a fantasy of his,” an anonymous source told the website Gawker. “His only reservation is that he’s still too young.”

According to the source, Jon Kushner, 38, discussed his plans to run for mayor during dinner with a group of other friends at the 2nd Avenue Deli.

“We were talking about it, and egging him on, and he admitted that his people, his attorneys, were advising him, were pushing him—they think it’s a perfect storm for next year’s election,” said the source.

After Jared Kushner invoked his family to defend Trump’s use of a Star of David in a disparaging tweet about Hillary Clinton, several of his family members spoke up and denounced his words. While Jon Kushner was not among those family members, the source insists that he’s part of the “good Kushners”.

“He’s always had political ambitions, but he’s not an asshole,” the person said. “They’re the good Kushners.”