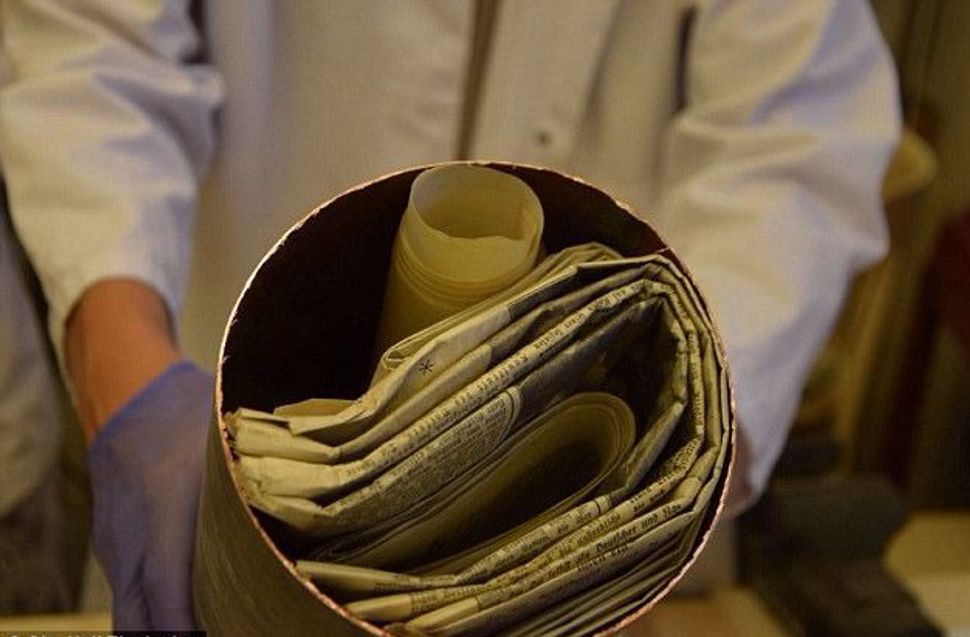 Image by City of Zlocieniec

— Archaeologists in Poland have unearthed a Nazi time capsule circa 1934 that contained images of Adolf Hitler, newspapers and other artifacts.

The archaeologists had been aware for years of the existence of the time capsule, which was buried underground, but had not been able to reach the copper cylinder container, according to The Independent.

The capsule was located earlier this month in the northwestern town of Zlocieniec, which was part of Germany during World War II, and is believed to have been hidden during the construction of a building used to train Nazis. The archaeologists had to cut through various obstacles, including concrete and German mines, to reach the capsule, which they opened using a chainsaw.

In addition to photographs of Hitler and newspapers, it contained two copies of the Nazi leader’s manifesto, “Mein Kampf,” as well as coins and material promoting the town of Zlocieniec, which was referred to by its former German name, Falkenberg, according to The European Pressphoto Agency.

The capsule is being kept by the National Museum in Szczecin, also in northwestern Poland, where its contents will be shown to the public, according to The Independent.