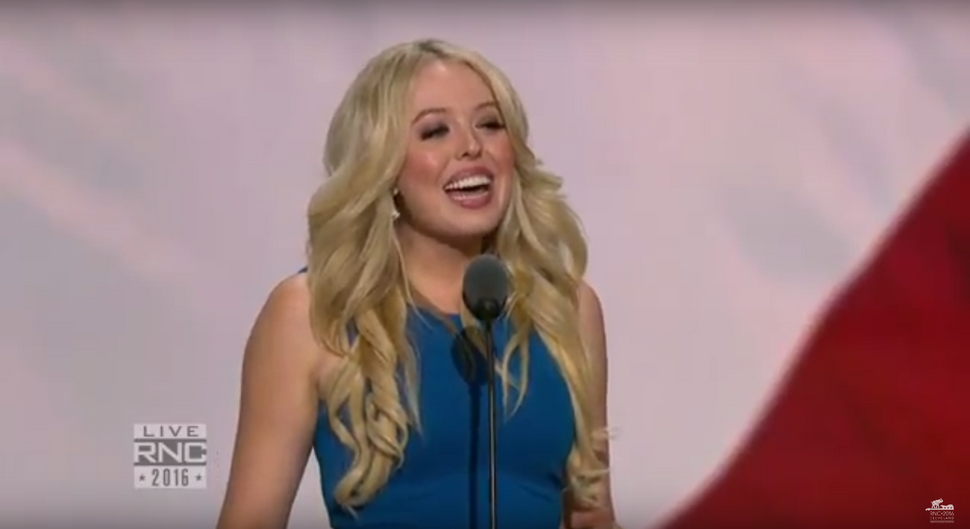 A profile in Sunday’s New York Times of the 22-year-old woman who grew up across the country from her famous father, noted that she is dating Ross Mechanic, the son of Jonathan Mechanic, a real estate attorney.

Ross Mechanic is a senior at the University of Pennsylvania. His father is the chairman of Fried, Frank, Harris, Shriver & Jacobson’s real estate department.

The Times profile noted that she and her half sister, Ivanka, share things in common, including that they both went to their father’s alma mate, the University of Pennsylvania; they both like fashion – Ivanka has her own fashion line and got her sister an internship at Vogue; and both are involved with Jewish men – Ivanka is married to a Jewish real estate scion Jared Kushner.

Tiffany Trump has recently become more involved in her father’s presidential campaign, in an attempt to attract millennials. Prior to this she has reportedly kept a low profile. She recently posted a video fundraising pitch for Donald Trump’s campaign to her Twitter account.