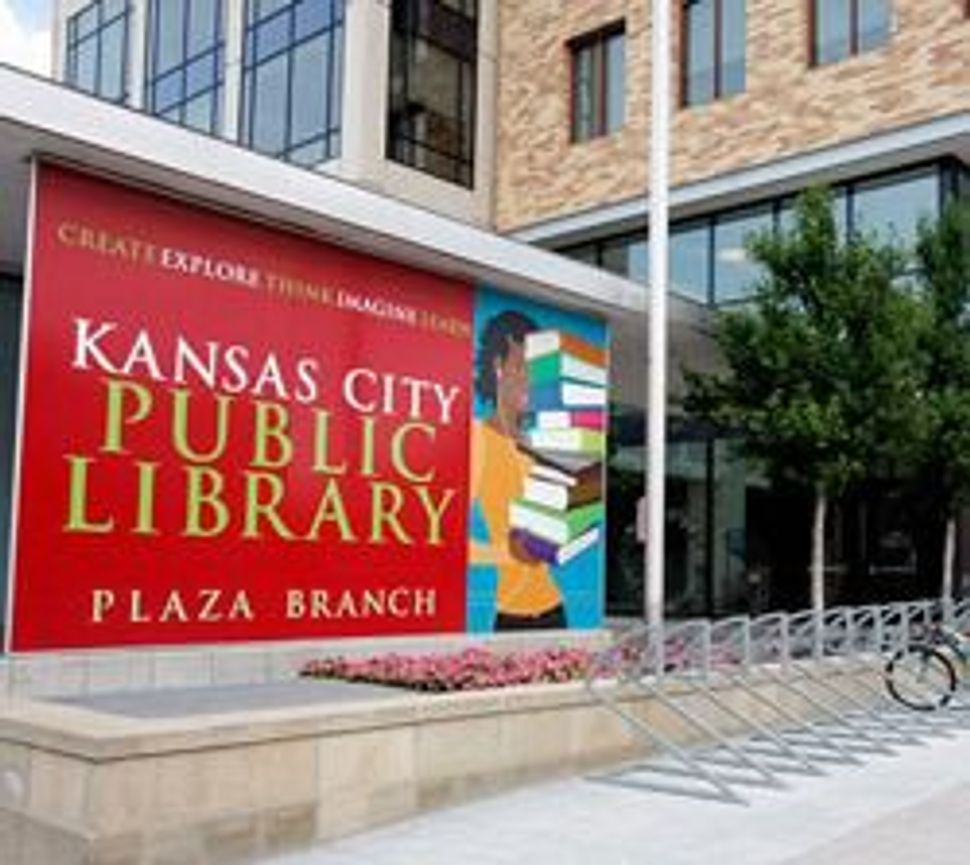 A Jewish questioner was arrested after asking Middle East expert Dennis Ross a pointed question about what he called Israeli and U.S. “state-sponsored terrorism” at a lecture at a Kansas City library.

Jeremy Rothe-Kushel was charged with trespassing and resisting arrest after he challenged Ross to explain why the U.S. continues to support Israel at the inaugural Truman and Israel Lecture, established by the Truman Library Institute and the Jewish Community Foundation of Greater Kansas City on May 9, the Kansas City Star reported.

“When are we going to stand up and be ethical Jews and Americans?” Rothe-Kushel asked.

Private security guards employed by the employed by the Jewish Community Foundation bundled Rothe-Kushel out of the hall. They also arrested Steve Woolfolk, director of public programming for the library, after he tried to intervene. He suffered a torn knee ligament.

Police defended the arrests and said the security officers were enforcing a rule against follow-up questions.

But library officials spoke out strongly against the arrests.

“At this stage, I’m actually outraged,” said R. Crosby Kemper III, executive director of the city’s library system. “This is a big violation of the very first amendment to the Constitution of the United States.”

Rothe-Kushel said he was also outraged.

“The library tried to defend my person and my God-given rights of the First Amendment,” he told the paper. “We believe the charges should be dropped.”

Although the incident took place months ago, library officials went public with their outrage this week after prosecutors decided to press ahead with charges against Rothe-Kushel and Woolfolk.