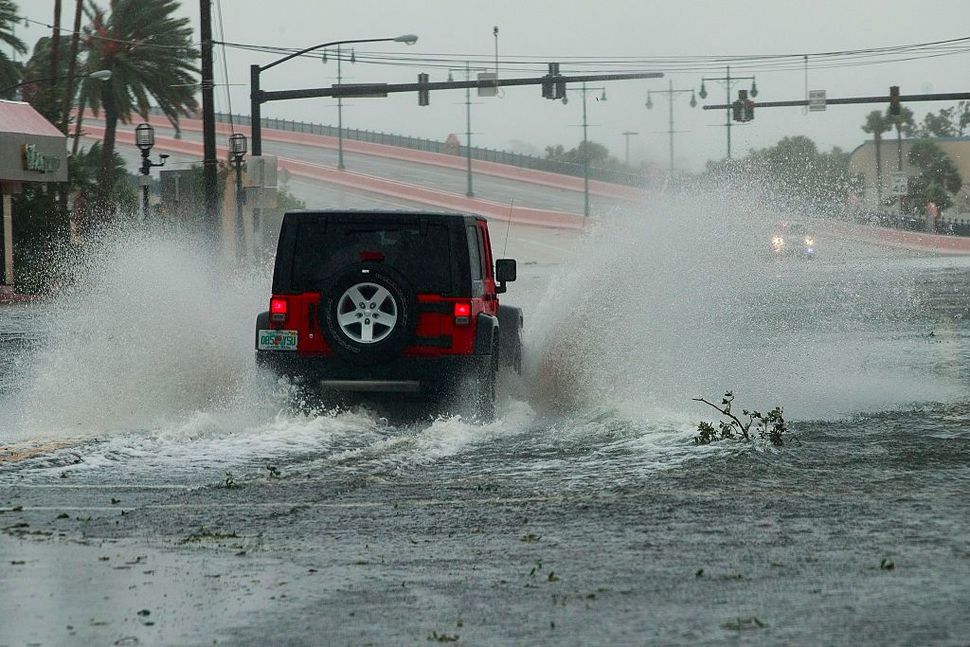 — The Jewish Federations of North America is opening an emergency fund for Hurricane Matthew relief.

As the Category 3 storm whipped Florida’s Atlantic coast with 100-mile-per-hour winds Friday, forecasters warned about a storm surge in parts of Florida, Georgia and South Carolina that could bring widespread destruction to homes, businesses and infrastructure.

The National Weather Service warned that some places hit by Matthew could be uninhabitable for “weeks or months,” CNN reported. Palm Beach and Broward counties in South Florida, home to a Jewish community that includes tens of thousands of retirees, was largely spared the worst of the storm.

Jewish federations are collecting money to mobilize humanitarian support and provide relief to the Jewish communities in the path of the hurricane, according to JFNA.

Jewish institutions in or near the storm’s path planned to close down for the weekend, extending into Shabbat. Others are offering shelter to evacuees. Chabad in Orlando, which plans on being open for Shabbat, has set up a hotline and is assisting tourists and residents.

In the Toco Hills community of Atlanta, Congregation Beth Jacob and Young Israel of Toco Hills are offering home hospitality to Jewish evacuees from the Carolinas and Florida. Over 50 local families have already signed up to be hosts, according to the Orthodox Union.