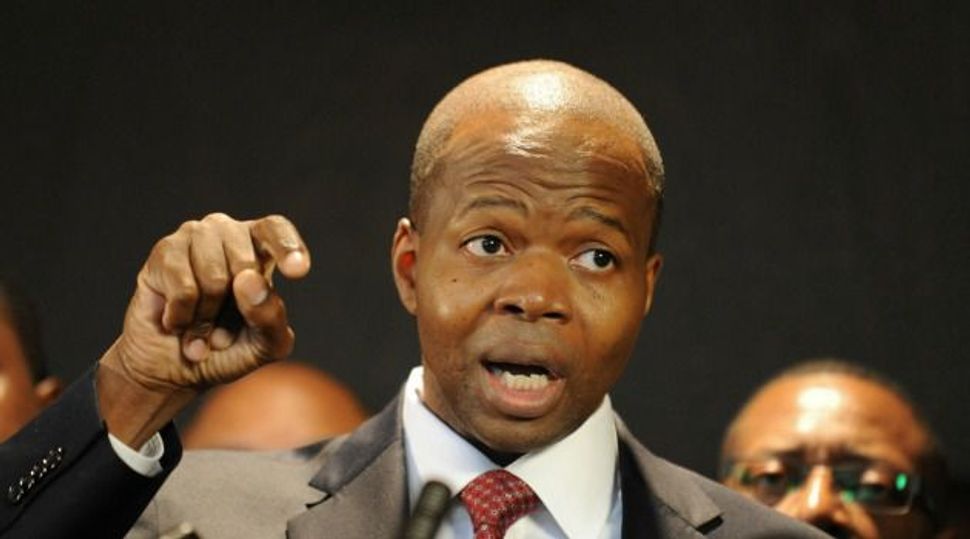 Say What? Brooklyn District Attorney frontrunner Ken Thompson has slammed his opponent Charles Hynes for prosecuting a prominent advocate for abuse victims in the Hasidic community. Why is he now hedging his position? Image by getty Images

Ken Thompson, the first African-American to be elected district attorney of Brooklyn, has died at age 50 of complications from cancer, his office said.

Hynes came under withering attack from both advocates for victims and ultra-Orthodox leaders with a program to focus on getting victims to come forward. He was largely unsuccessful in winning convictions, but did manage to anger many on both sides of the explosive issue.

Thompson won support from Jewish leaders in his vowed to dramatically change course, although he wound up prioritizing other issues.

Thompson also launched a high-profile initiative to review questionable murder convictions, some of them decades old.

It resulted in 21 people having their convictions overturned or dismissed over the past three years, the office said in a statement.

Before he was sworn in as District Attorney in 2014, Thompson served as a federal prosecutor in the Eastern District of New York. Among the cases he prosecuted was against former New York City Police Officer Justin Volpe over the 1997 beating and torture of Haitian immigrant Abner Louima.

Thompson was born in New York City. He is survived by his wife of 17 years, Lu-Shawn Thompson, his two children, Kennedy and Kenny, and his mother, father, brother and sister, his office said on Sunday.