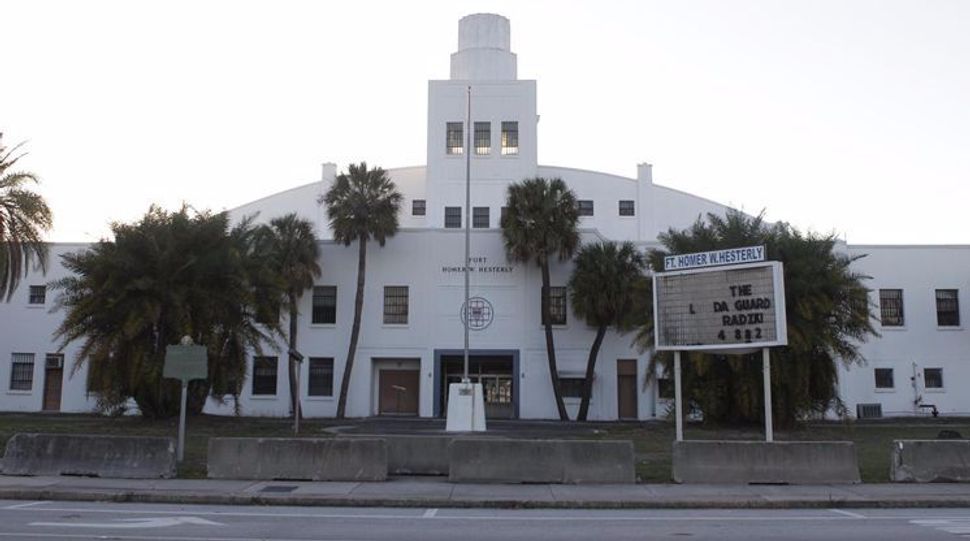 — The Tampa City Council in Florida approved a 6-foot-high fence around the new branch of the Jewish Community Centers despite opposition by council members and community members.

The fence, which is part of a $30 million renovation of the historic Fort Homer Hesterly Armory, was approved by the council in a 4-3 vote Friday.

The 100,000-square-foot community center, to be run jointly with the city, is expected to open in early December.

“You need to create environments that you’re able to control and protect,” Jack Ross, the executive director of the Jewish Community Centers, told the council on Friday, the Tampa Bay Times reported.

Public and private security experts told the JCC it needs such a perimeter fence, Ross said, according to the newspaper.

One council member called the fence “the most unwelcoming thing we could approve.” Another expressed concern that such a fence would keep out the community.

The plan originally called for a fence on three sides of the building, which appears on the National Register of Historic Places, but not across its front. But the JCC’s security consultant called for the fence to cut across the front of the building to act as a defense against anti-Semitic terrorists or lone-wolf shooters that have attacked Jewish institutions in other states in the past.

“A lot of institutions like Jewish community centers and synagogues are targets for violent attacks,” said City Council vice chairman Harry Cohen, who is Jewish. “These are heavily secured facilities for a good reason. I am sorry that people see it as unwelcoming. But the fact of the matter is that the security considerations they have are significant and they’re doing their best to try to meet them.”