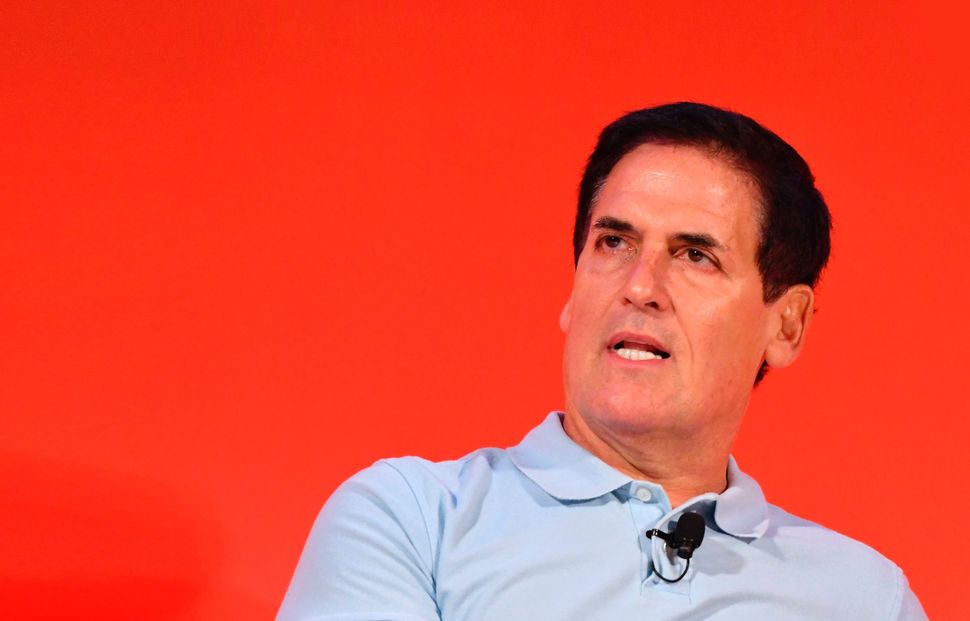 Mark Cuban’s weapon of choice in his battle against Donald Trump is undoubtedly Twitter.

The Dallas-based Jewish billionaire has perfected his ability to get under Trump’s skins in no more than 140 characters. Cuban is well aware of the impact his anti-Trump tweets have had: “I knew that it would get under his skin and drive him crazy. Mission accomplished,” he said. after the first debate. And he actually enjoys it.

“It’s always fun because it takes two seconds to pop out 140 characters and get people riled up,” Cuban told [Business Insider.] (http://www.businessinsider.com/mark-cuban-donald-trump-twitter-2016-9)

One way of doing it is going after Trump’s business:

If @realDonaldTrump loses this election, im betting he personally goes bankrupt w/in 7 yrs. Thats how toxic his brand now is.

Wow !!! Trump won’t put his name on new hotels. Even he knows his brand is over. Say goodnight Donnie. https://t.co/ue9erP8Dnh

Or by turning Trump’s attack lines against him:

Hey Donald, you do realize that with $11b you should be able to rig the system? After all no one knows the system better than you. Right ? https://t.co/yocO2jT1aS

When you don’t practice , you don’t know how to hold the mic. Sniffle distance is important

As does just challenging Trump directly, to a modern-day duel:

.1) @realDonaldTrump $10mm to the charity of YOUR choice if you let ME interview you for 4 hrs on YOUR policies and their substance.

Trump, by the way, did not respond to the dare.