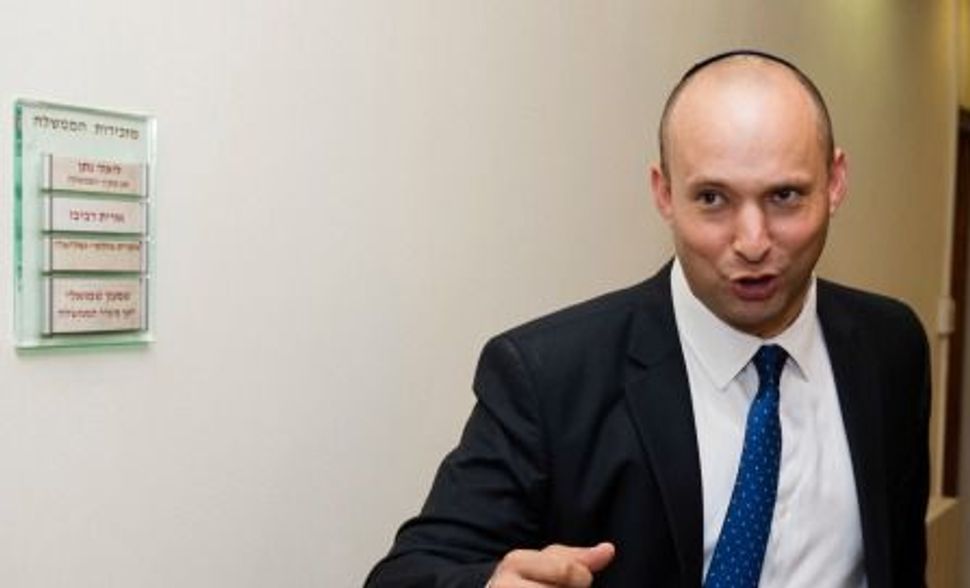 In its statement, Open Hillel said that Bennett, a member of the right-wing Jewish Home party, has political views at odds with Hillel’s mission, including his opposition to legalizing same-sex marriage.

“Hillel cannot serve students of all backgrounds if it takes millions of dollars from an initiative that disrespects students’ families,” Open Hillel said in its statement.

Hillel is to receive $22 million over the next two years from Mosaic United, an organization that seeks to strengthen Israel-Diaspora ties by promoting Jewish identity. Mosaic United is also giving $22 million each to Chabad on Campus International and Olami, an Orthodox outreach group.

Mosaic United, previously known as the Israel-Diaspora Initiative, receives funding from the Israeli government and various individuals and groups. It falls under the purview of Bennett’s Diaspora Affairs Ministry.

Hillel responded to the student critics in a statement sent to JTA.

“Hillel International is working with Mosaic United because it supports the mission of Hillel’s Drive to Excellence and can help further student engagement outcomes on campus,” the staement rads. “Hillel’s commitment to pluralistic programming that reaches every Jewish student is a cornerstone of every grant Hillel accepts, particularly the Mosaic United investment. There will be no political influence on Hillel’s work whatsoever.”

In its statement, Open Hillel also objected to the fact that the Education Ministry under Bennett’s leadership excluded from Israeli schools a novel with a Jewish-Palestinian love story.

“Neither can Hillel claim to foster pluralism, inquiry, or real dialogue around Israel if it accepts millions of dollars from an initiative that seeks to censor critical discourse and to impede Jewish students’ ability to learn and question,” the statement read.

Earlier this year, non-Orthodox American groups criticized Mosaic United’s decision to award money to two Orthodox groups — Chabad and Olami — but not to any Reform or Conservative organizations.

The decision “continues the Orthodox monopoly in Israel and extends it to the Diaspora,” Rabbi Rick Jacobs, president of the Union for Reform Judaism, told Haaretz at the time. “This is unacceptable to the large majority of Jews here. We don’t like being told how to strengthen our Jewish identity.”