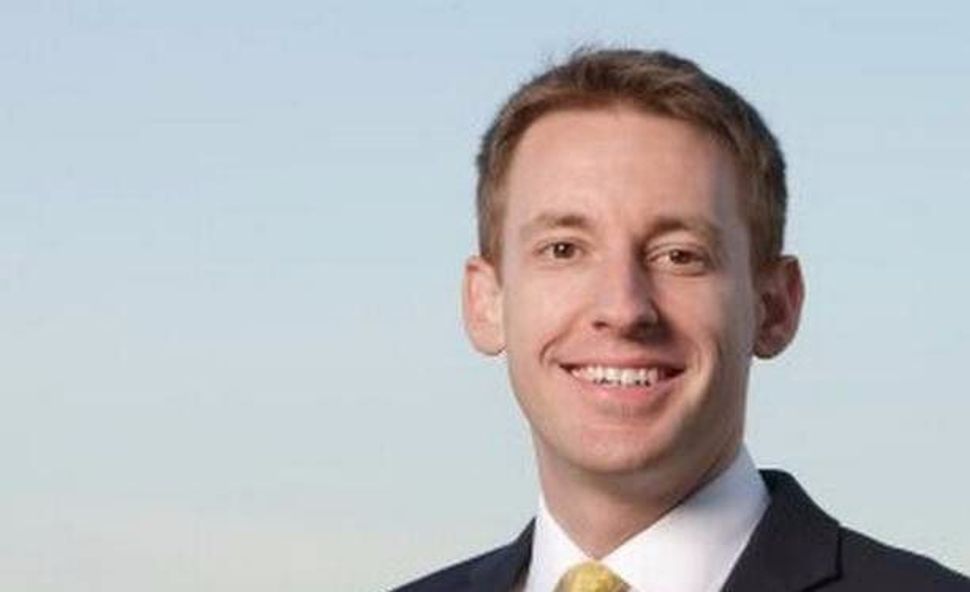 Democrats and Republicans are locked in a tight contest for control of the Senate, one that might be decided in Missouri. That’s where Jewish Democrat Jason Kander is within shouting distance of unseating Republican incumbent Roy Blunt.

Kander, a former Afghanistan combat vet, is running as a fresh-faced moderate with a new approach to leadership.

“You can turn on cable news right now and see a Democrat or Republican on TV and either one of them will say Washington is broken. And what bothers me is it seems to be the only thing they agree on,” the 35-year old Kander told ABC News.

“And for my generation, this is the only version of American politics a lot of people in my generation has ever seen. So, folks are a lot more likely to look at this and say, ‘I guess this is what it is,’” he added.

Right now, the Democrats hold 46 seats in the Senate, needing five pickups to win an outright majority and four to control the chamber if Hillary Clinton secures the presidency.

Democratic candidates are favored to beat Republican incumbents in Wisconsin, Illinois and Pennsylvania. Republicans might peel off the Nevada seat of retiring Senate majority leader Harry Reid, though that appears increasingly unlikely. Meanwhile, in New Hampshire, Indiana and Missouri, Republicans appear vulnerable in races that appear to be tossups less than a week from Election Day.

Kander, the grand-nephew of famous Broadway composer John Kander, came to national prominence over the summer, when he ran a commercial in which he defended his record as pro-Second Amendment and argued for background checks on people who buy firearms.

“In the Army, I learned how to use and respect my rifle,” Kander said, as he assembled an AR-15 assault rifle while blind-folded. “I believe in background checks, so terrorists can’t get their hands on one of these. I approve this message, because I’d like to see Senator Blunt do this.”

He and Blunt are now running close to each other — in the margin of error, in fact, according to the Real Clear Politics polling average, which shows Blunt with a razor’s edge lead of 1.5%.

While he’s done well in the Bible Belt state, it hasn’t been all roses for Kander.

Like many Jewish politicians, he kicks up anti-Semitic conspiracies on the lunatic fringe. One site, Jason Kander Watch, teases with the ominous slogan, “Jason Kander is running, but what is he hiding from Missouri voters?”

In a post titled “Money Makes the World Go ‘Round,” the site goes full-bore anti-Semitic in an attack on the candidate’s record on campaign finance reform. An exaggerated photo shows Kander with crooked nose and jagged teeth, next to an extract from a high school yearbook in which he was declared “most likely to get rich.” It also seizes on Kander’s donations from “special interests,” including his “Broadway-famous uncle.”

It’s possible those slurs resonate, even today. Republican gubernatorial candidate Tom Schweich committed suicide in March after an anti-Semitic whisper campaign incorrectly claimed he was Jewish. Of course, the current Republican nominee for governor, Eric Greitens, is himself Jewish.

Still, Kander is committed to going the distance.

Speaking to a rally this week, he said, “We’ll just do what we do best — just get to work.”