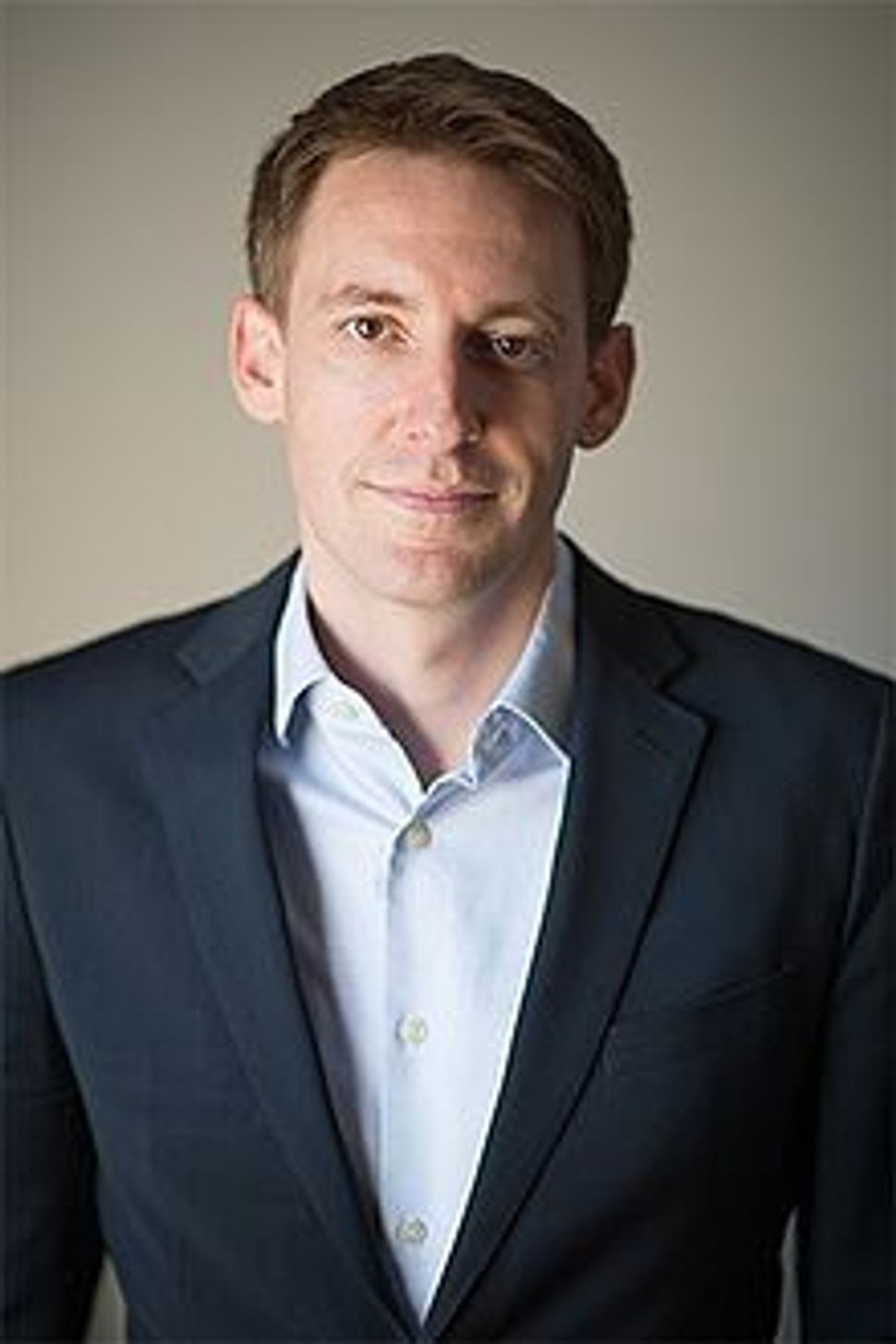 The United States Senate has lots of outsized Jewish personalities, from Al Franken to Chuck Schumer to Bernie Sanders.

If the polls in Missouri’s Senate race keep narrowing, their ranks might grow next January with the addition of Jason Kander, the young Democratic challenger who’s running close to Republican incumbent Roy Blunt. The Real Clear Politics polling average had Blunt ahead by just 2.5% in the state which leans to the GOP.

With a compelling story, bright smile, and flashy ads, Kander has been making quite the impression as the election comes into view. Here are five facts you might not know about him.

Kander says the World Trade Center attacks spurred him to enter public service, signing up first in the National Guard and then doing a tour of duty in Afghanistan.

“When I was in college, and the planes hit the towers, I knew I had to do something, and it led me to enlist,” said Kander, an American University and Georgetown Law alum, in his campaign announcement video.

He worked in Afghanistan as a military intelligence officer, guarding the streets of Kabul and investigating corruption in the country’s government. He’s not the only Jewish combat vet to be running for election in Missouri this cycle. On the other side of the aisle, Eric Greitens, the Republican candidate for governor, served as a Navy Seal and lieutenant commander.

His Wife Was a Soviet Refugee

Kander’s wife, Diana Kagan, immigrated to the United States with her parents as a Jewish refugee from the Soviet Union. The family moved to Kansas City to live nearby a relative, with her parents taking blue-collar jobs and struggling to learn English. Eventually, the family started its own dental-supply business, inspiring Kagan to become an entrepreneur in her own right. She teaches students at the University of Missouri’s College of Business. The couple lives in Columbia, Missouri with their three-year-old son True.

He Can Shoot Blind

Responding to Blunt’s accusations that he is in favor of gun control, Kander assembled an AR-15 assault rifle while blind-folded in an attention-grabbing ad. He endorses background checks for gun purchases but declares himself a supporter of gun rights.

“In the Army, I learned how to use and respect my rifle,” Kander said. “I believe in background checks, so terrorists can’t get their hands on one of these. I approve this message, because I’d like to see Senator Blunt do this.”

His Uncle Wrote ‘Cabaret’ and ‘Chicago’

Kander’s flair for the dramatic has deep roots. His great-uncle is the legendary Broadway composer John Kander, who created the musicals “Cabaret” and “Chicago” with lyricist Fred Ebb. The theater maven has been generous with his grand-nephew, giving him an allowance of more than $6,000 a year ever since, according to campaign finance records.

He Brings Out the Worst

As with many Jewish politicians, Kander kicks up anti-Semitic conspiracies on the lunatic fringe. One site, Jason Kander Watch, teases with the ominous slogan, “Jason Kander is running, but what is he hiding from Missouri voters?”

In a post titled “Money Makes the World Go ‘Round,” the site goes full-bore anti-Semitic in an attack on the candidate’s record on campaign finance reform. An exaggerated photo shows Kander with crooked nose and jagged teeth, next to an extract from a high school yearbook in which he was declared “most likely to get rich.” It also seizes on Kander’s donations from “special interests,” including his “Broadway-famous uncle.”

Such slurs may resonate in the Bible Belt state, even today. Republican gubernatorial candidate Tom Schweich committed suicide in March after an anti-Semitic whisper campaign incorrectly claimed he was Jewish.