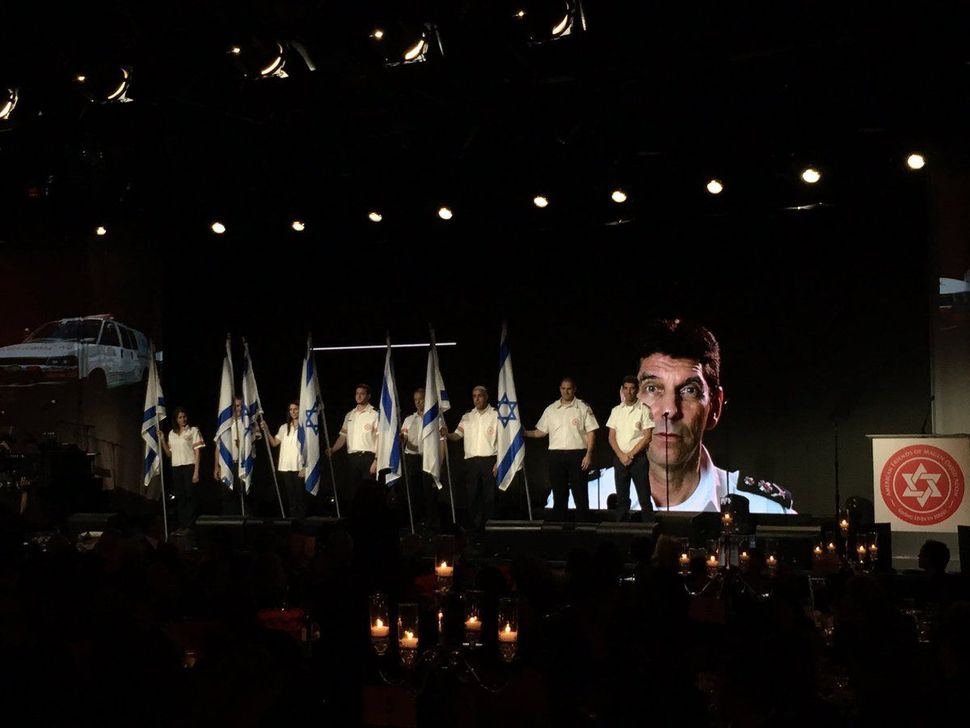 — A record of nearly $14 million was raised by the American Friends of Magen David Adom at a Los Angeles gala.

Some $5 million of the total raised Tuesday at the Red Star Ball to support the services of Magen David Adom in Israel, an official Red Cross affiliate, came from a single donor, Maurice Kanbar, the creator of Skyy vodka. Some of the money will go to build a new blood services center in Israel.

Merrill Moses, a three-time U.S. Olympic water polo player and 2008 Beijing silver medalist, introduced Yarin Ashkenazi, an Israeli soldier who was nearly killed in a terror attack, and Yair Schussheim, the MDA paramedic who saved him and helped him work toward recovery.

In addition, family members of MDA youth volunteer Netanel Litman, 18, and his father, Rabbi Yaakov Litman, who were killed last year in a West Bank terror attack, also were recognized. They were driving in a car with five other family members to the Shabbat pre-wedding celebrations of their daughter and sister when they came under fire.

Dvir Litman, 16, was presented an honorary uniform by MDA Director-General Eli Bin and a group of paramedics in honor of his work to save his family in the aftermath of the attack.